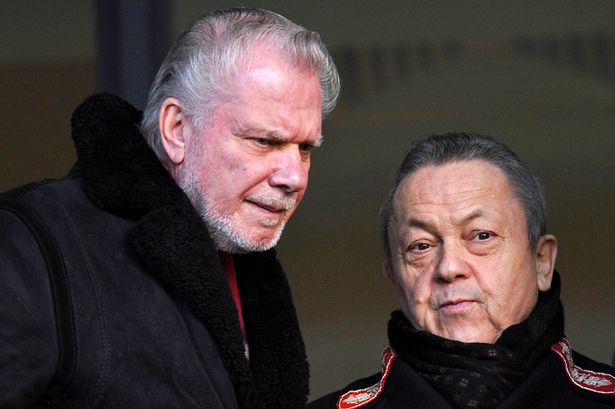 Although the summer transfer window hasn’t officially opened, and has a long way to go before it closes at the end of August, Hammers fans are already anxiously waiting for the club to make some much needed signings.

Manchester City, Manchester United and Everton have already started splashing the cash, with the trio already spending in excess of £150m.

After last summer’s disappointing transfer business, which was followed by an underwhelming January window, that saw the club ‘splash out’ on Robert Snodgrass and Jose Fonte, West Ham need to act fast to get the players they want.

Most fans will agree, West Ham need a forward, a creative mid-fielder to replace Dimitri Payet, and a central defender. Instead, the club has signed Pablo Zabaleta, a right back, and is continually linked with Joe Hart, a goalkeeper we don’t need.

What the club needs to do is pay the price and stop haggling for a lower transfer fee. If a player is identified, the asking price needs to be paid, unless it is exorbitantly high. Otherwise he’ll go elsewhere, as was the case with Brentford’s Scott Hogan last January.

This market-trader approach to signing players was probably to blame for West Ham having such an awful time with potential signings last year.

Manchester United’s Chris Smalling has been linked with a move to the London Stadium, but apparently the £15 million price tag has scared the Hammers off. Let’s face it, that’s not a lot of money for someone who’s played for his country on more than 30 occasions.

Again, this smacks of not wanting to pay the price and consequently West Ham are likely to miss out again.

Worryingly, no creative central midfielder is being linked with the Hammers. Since Payet left, Manuel Lanzini had stepped into the void left by the Frenchman’s departure, but he needs help.

Creative players are in short supply, so a premium price will usually have to be paid. West Ham got lucky in 2015 when they only paid £10million to Marseille for Payet.

That kind of bargain is unlikely to be found this summer, so West Ham’s unwillingness to pay top money means they are unlikely to get an international quality midfielder. We’ll just have to settle for the mercurial talents of Scotland’s Snodgrass!

We need a forward – still!

West Ham have been in need of a centre forward for more than a season. Andy Carroll and Diafra Sakho are continually injured and with Enner Valencia seemingly unwanted by the club, Andre Ayew is the only attacking option. That is apart from Ashley Fletcher, who rarely gets a first team starting place.

Manchester City’s Kelechi Iheanacho is being strongly tipped to come to West Ham. Unfortunately, a £25 million price tag and a buy-back clause seems to be holding up this deal. The price doesn’t seem too much to pay for a promising youngster with a fair amount of Premier League experience. Hammers fans would just like the club to make this and some other signings soon.

However, potential attacking options for the Hammers have been boosted by Cristiano Ronaldo’s apparent announcement that he doesn’t want to play in Spain anymore.

Well, if West Ham owners, Gold and Sullivan could just make one of their Romford market offers to Real Madrid – say £5 million. You never know, Ronaldo may get that dream move to the London Stadium for next season. Now that would be a successful summer transfer window.