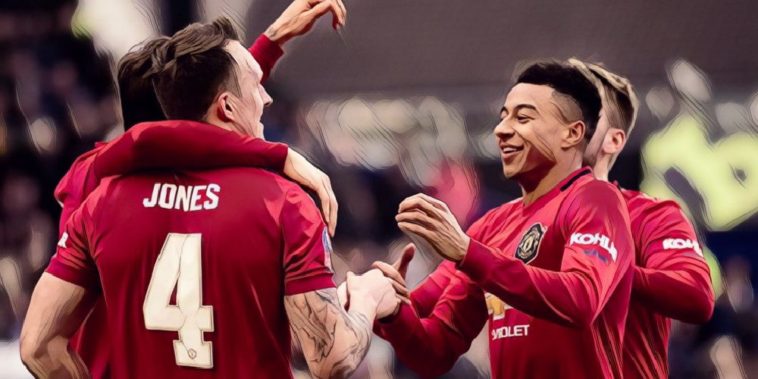 Everton and West Ham are being linked with a summer move for out-of-favour Manchester United midfielder Jesse Lingard, whilst the Hammers are also keen on fellow outcast Phil Jones.

Lingard has struggled to replicate his best form over the past two seasons and has found himself on the periphery of Ole Gunnar Solskjaer’s squad this season, making just nine Premier League starts and failing to register a single goal or assist.

The midfielder’s poor form has seen him lose his place in the England squad as a result and he may be part of a clear-out at Old Trafford this summer, with former Manchester United boss Moyes keen on the 27-year-old.

According to the Independent, Moyes is beginning his plans ahead of next season after edging West Ham closer to Premier League safety, and will rival Everton and promotion hopefuls West Brom for Lingard’s signature.

The Hammers’ boss is also interested in a deal for Phil Jones who is expected to leave United after nine seasons at the end of the campaign, the defender having made just six starts in all competitions after falling behind the likes of Harry Maguire, Victor Lindelof and Eric Bailly in the pecking order.

Jones was a first-team regular during Moyes’ ill-fated tenure at United and is viewed as a player who can ‘lift his team’s quality’, West Ham having performed well below expectations so far this season.