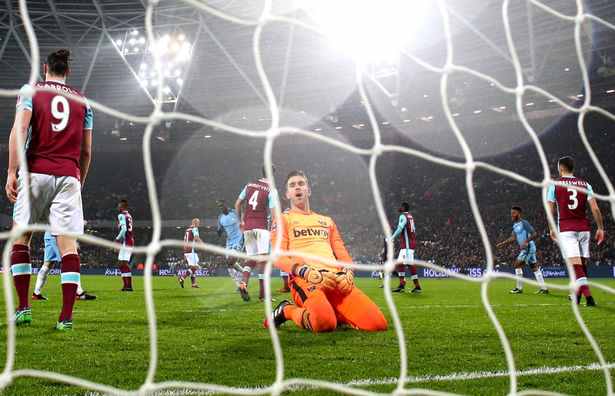 Are West Ham bottling it against the Premier League’s biggest teams?

Last season, West Ham’s results away at the Premier League’s big clubs were used as a springboard. The club finished seventh and qualified for the Europa League as a result.

This season, in stark contrast, the Hammers currently sit in 11th in the Premier League. They have failed to beat any of the teams currently above them in the table, with the exception of Southampton.

Beating the Saints 3-1 away last month, although a good result, doesn’t really count. The South Coast side were lower than West Ham at the time, and have only moved above the Hammers on goal difference in the past week.

Discounting a poor start to the season, mostly attributed to the move to the London Stadium, West Ham’s form, particularly away from home, has not matched last season’s.

These results were achieved using a similar formation to the one utilised this season. However, a marked difference is obvious, and that is the fact that the Hammers are playing far more cautiously.

This can be partially attributed to the fact that manager Slaven Bilic has been desperately trying to get draws away from home because the home form was so poor earlier in the season.

Against the current top four in the Premier League, this approach has not worked. So far it has yielded defeats at Chelsea, Tottenham, and Manchester City, with a 2-2 draw thrown in at Liverpool.

Injuries and very poor transfer dealings have also contributed to this dip in form, while attacking options have also been diminished.

Victor Moses, who was on loan from Chelsea last season has been missed. He chipped in with a valuable away goal against Manchester City. While any club, however much Hammers supporters say they hate him, would miss a player of Dimitri Payet’s calibre.

Compared to last season, West Ham’s attacking options have been limited, with Andy Carroll, when fit, and Michail Antonio mostly holding the line.

Although he missed a large chunk of the season with a thigh injury, Diafro Sakho made 21 Premier League appearances last season and scored five goals. He is a very useful team player and a proven goal scorer, so consequently West Ham would have benefitted from his presence this term.

That leaves us with record-signing Andre Ayew. Unfortunately he suffered an injury during the opening game of this season and only managed a comeback in December.

Ayew however could provide West Ham with the answer. He could be played as a second striker alongside either Carroll or Antonio.

So far, he has shown, a willingness to run with the ball, track back and most importantly, he seems to know where the goal is.

Since Christmas, he has scored two goals, both away from home at Swansea and Watford. He also contributed an important assist for Manuel Lanzini’s late goal on Monday night against Chelsea.

What many fans would like to see is more attacking intent, not just away from home but also at the London Stadium.

Monday night’s game against Chelsea is a case in point. The Hammers had the majority of possession, but ended up losing.

With Carroll playing as a lone striker, West Ham never really looked likely to score. All this changed when Ayew came on and added some much-needed extra fire power upfront. The problem with the substitution was that it came too late in the game.

Of the current top five Premier League sides, West Ham have only to play Arsenal away, while Liverpool and Tottenham come to the London Stadium in May.

Let’s hope West Ham stick with Ayew for these matches, and play two upfront by sacrificing a midfielder. This could prove to be the catalyst for finally beating one of the league’s top sides this season.

On Saturday, the Hammers travel to the south coast for an away game against Bournemouth. Our recent away form against the sides in the bottom half of the table has been good. I expect something similar to last year’s 3-1 win, as long as we play with some attacking verve.