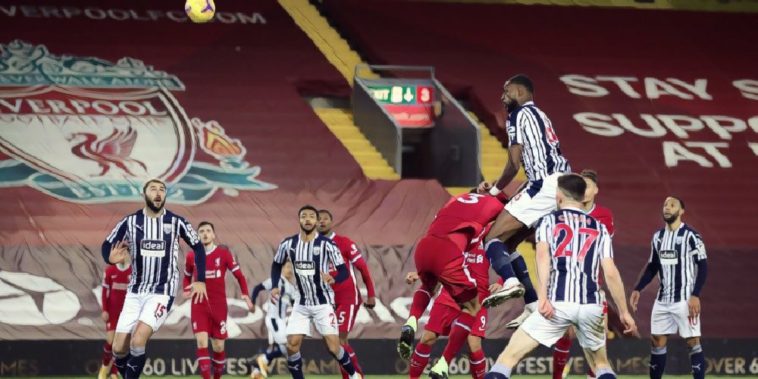 Here’s all you need to know about that clash at the Hawthorns:

After having delayed the inevitable for a while, the Baggies fate was ultimately sealed at the weekend, as they slipped to defeat against Arsenal to confirm their swift return to the Championship.

Sam Allardyce’s side went into the match at the Emirates knowing they simply had to win to keep their survival hopes alive, yet despite a late rally, two first-half goals for the hosts ultimately proved costly.

That drop into the second tier means that the club have now suffered the joint-most relegations from the top-flight in the Premier League era, alongside Norwich City, with this their fifth relegation since their maiden season in the competition back in 2002/03.

The result also ensured Sam Allardyce would suffer his first relegation in his lengthy top-flight career, the Englishman now facing an uncertain future at the club after being unwilling to be drawn on whether he will be at the helm next season.

While he seemingly did not manage to turn the club’s fortunes around, there were noticeable improvements following the January transfer window, the likes of Okay Yokuslu, Ainsley Maitland-Niles and Mbaye Diagne all making an impact.

As for this weekend’s encounter, the Baggies will be able to recall Maitland-Niles to the side after he was ineligible to face his parent club in the last game, while versatile midfielder Robert Snodgrass is set to miss the rest of the season after undergoing surgery for a back issue.

Following Chelsea’s defeat at the hands of Arsenal on Wednesday night, the door was left slightly ajar for the Reds to climb into that coveted fourth-place spot and they took full advantage with a convincing win over Manchester United on Thursday.

The Reds fell behind early on at Old Trafford to a Bruno Fernandes strike, before goals from Diogo Jota and Roberto Firmino gave them a 2-1 advantage at the break, with the visitors having also controversially been denied a penalty for a challenge by Eric Bailly on Nathaniel Phillips inside the area.

That lead was then extended straight after the interval as Firmino netted his seconf and despite a nervy finish after Marcus Rashford pulled one back, Jurgen Klopp’s men held on for victory, Mo Salah wrapping up the win late on after a devastating counter-attack.

That result has left the Merseyside club in fifth and just four points behind the Blues in fourth, albeit having played a game less than Thomas Tuchel’s side and with what appears to be a more straightforward run-in, starting with the clash with the Baggies on Sunday.

So… Who's making top four? 👀 pic.twitter.com/tLf2OJFUsT

With Leicester City and Chelsea set to meet on Tuesday night in the league – following their FA Cup final showdown on Saturday – either or both of those sides will have to drop points, opening the door even further for the Reds to sneak in.

As for team news ahead of this weekend, midfielder Jordan Henderson is set to miss the end of the season, although Klopp hinted that he could still be involved in England in the summer. Fellow absentee Virgil Van Dijk is another also out for the season, although he has given the club a boost by opting not to participate in the European Championship’s for the Netherlands in order to focus on his recovery.

This festive fixture threw up a real surprise, as the champions were held to a draw against a struggling West Brom side.

The home side went into the match with the chance to move five points clear at the top of the table and looked certain to do so early on, Sadio Mane calmly firing home after just 12 minutes following a Joel Matip pass.

With Klopp’s men struggling to kill the game, the Baggies sensed an opportunity to get something in the second-half, summer signing Karlan Grant first denied by Alisson, before Semi Ajayi snatched an equaliser with less than ten minutes to go, the defender heading home via the post following a Matheus Pereira corner.

That draw ensured it would be an impressive fourth match in a row at Anfield for Sam Allardyce without defeat, all of which were with different clubs, while it was also the beginning of a real torrid run of home form for the Reds.