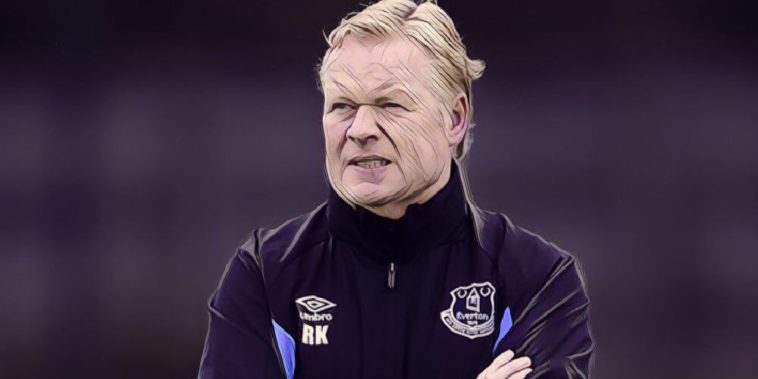 It has been a dreadfully disappointing campaign for Everton, with three managers already taking the Goodison Park hot seat. But did the Blues sack Ronald Koeman too quickly earlier this season?

The Toffees are currently clinging on to a top 10 place in the Premier League, six points behind seventh placed Burnley. However, such is the congested nature of the Premier League they are only seven points above the relegation zone.

Everton fans were desperate for Ronald Koeman to be sacked after his side picked up just eight points from the first nine fixtures, and they got their wish in October when the Dutchman was relieved of his duties.

Evertonians were however left uninspired when Sam Allardyce was appointed to help drag them out of the mire, and despite an initial bounce in fortunes under Big Sam, the disappointing performances and results have returned.

The Saturday lunchtime defeat to Burnley saw fans turn on the former England boss, and left me wondering, did the Blues sack Koeman too quickly?

While there were some disappointing results in and amongst the sequence of first nine fixtures, namely the home defeat to Burnley and an away draw against newly promoted Brighton, what else did the Everton board and fans expect from those fixtures?

While the draw against Manchester City wasn’t a great performance, in hindsight, when you look at how the season has panned out, it was a fantastic result, with City only dropping nine points so far this season.

They may have lost to five of the ‘big six’ – but logic suggests that if you have played five of the top six in the first quarter of the season, then the second quarter is guaranteed to bring ‘easier’ games.

In fact, the next six fixtures following Koeman’s sacking were Leicester (A), Watford (H), Crystal Palace (A), Southampton (A), West Ham (H) and Huddersfield (H) – all very winnable games

I believe, a view which is backed up by several of my Evertonian  friends, that the Blues may have been better off sticking with the Dutchman for a few more games.

Yes he spent a lot of money. Yes he signed too many number 10’s, and yes he should have landed a quality striker to replace Romelu Lukaku. But he did bring in the players that he wanted, and with a less demanding fixture list, could have finally started to get the team to gel.

He had also been unlucky with a number of key injuries to the squad, with Coleman, Bolasie, Barkley and Funes Mori all missing the start of the season, while Gylfi Sigurdsson was desperately unfit after having no pre-season whatsoever.

Had Everton kept the faith, they may have started to pick up more points, saved themselves money, and saved the fans from having to watch Big Sam’s ‘brand’ of football, something which has caused the fans to turn on the current manager.

Everton, who are now bang out of form, have some very tricky fixtures to come including against Champions elect Manchester City and Merseyside rivals, Liverpool, as well as plenty of their fellow relegation candidates.

Everton fans, what do you think? Should Everton have kept the faith with Koeman, or was it the right time for him to go? Leave a comment below.