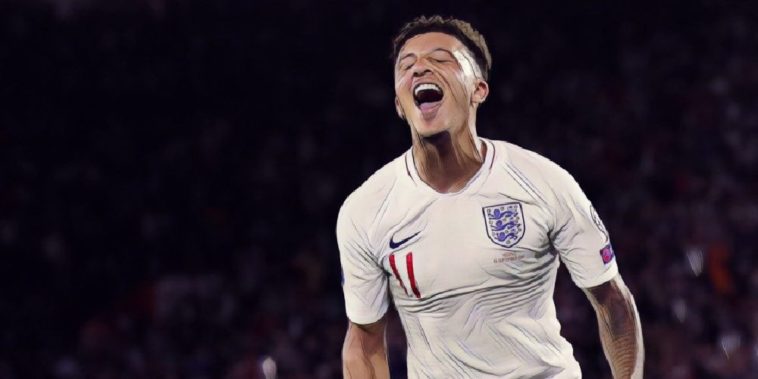 Arsene Wenger says he tried to ‘lure’ Jadon Sancho to Arsenal during his time as Gunners boss.

The talented teenager has developed into one of the most exciting young talents in world football following a switch to Borussia Dortmund in 2017, going on to establish himself in Gareth Southgate’s senior England squad, scoring his first international goals with a brace against Kosovo on Tuesday night.

Sancho opted to leave Manchester City to move to Germany in search of first-team football two seasons ago, with former Arsenal boss Wenger revealing he made an attempt to bring the winger to the Emirates.

The 19-year-old is the latest talent that Wenger claims to have escaped his clutches during his tenure in North London, with the Frenchman previously claiming that he missed out on signing the likes of Cristiano Ronaldo, Yaya Toure and Zlatan Ibrahimovic, to name but a few.

Sancho’s performances have seen him heavily linked with a return to the Premier League – with Manchester United known to be interested – and Wenger says the youngster has all the qualities to be ‘one of the best players of his generation’.

“I wanted to take him from Man City when he didn’t get the games,” he told beIN SPORTS.

“I tried to lure him because he’s from London. I tried to get him to Arsenal.

“He’s one of the best players of his generation. He can dribble, he has the arrogance. There’s something in there that is part of the big players.

“You can call it arrogance, confidence, belief; but it has to be there.”