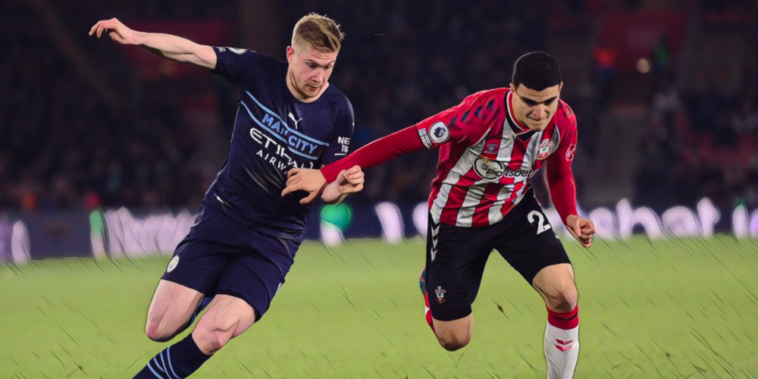 Ahead of this weekend’s Premier League and FA Cup quarter-final action, we pick out some of the major talking points.

Middlesbrough have not had the greatest luck when it comes to the FA Cup draw this season, but Chris Wilder’s side continue to punch above their weight and take their place in the last eight this weekend.

After navigating a banana skin at Mansfield, Boro have beaten both Manchester United and Tottenham to reach this stage and will take on Chelsea seeking a third ‘big six’ scalp in succession.

Promotion remains the target for Wilder after an impressive turnaround of the Championship side, but the club’s cup run has provided the fans with some memorable moments in what they will hope can be a campaign to cherish.

Chelsea’s ludicrous attempt to have the game staged behind closed doors will only add to Middlesbrough’s motivation and confidence will be high that the second-tier side can upset the European champions at the Riverside.

Gallagher out to impress Southgate again

Gallagher’s endless energy and goal threat have seen him included in the England squad for the upcoming international break, having earned his first cap during November’s internationals.

Conor Gallagher compared to his Palace teammates in the PL this season:

This weekend’s cup clash against an Everton side with bigger priorities provides the perfect chance to make another impression and earn an improving Palace side a place in the last four.

Frank Lampard will be in the opposing dugout this weekend, a man who the on-loan Chelsea midfielder has earned comparisons to this season.

His next step towards replicating Lampard as a regular at Stamford Bridge next season will be proving he can influence big games for club and country – starting with an FA Cup quarter-final at Selhurst Park.

Southampton an awkward opponent for Guardiola and City

Southampton’s season is in danger of fizzling out after a run of three consecutive Premier League defeats, the latest a home loss to Watford in a disappointing performance at St Mary’s.

Attentions now turn to the FA Cup and a quarter-final against Manchester City on the South Coast, an intimidating opponent but one the Saints have enjoyed success against this season.

The two league meetings between the sides this season have both ended in draws, whilst the last three encounters at Southampton have ended in a win apiece and one share of the spoils.

Guardiola could not hide his frustration despite claiming the 1-1 draw in January was one of City’s ‘best performances of the season’ and the Spaniard will be well aware of the threat the Saints will pose to his side’s hopes of progress.

An old rivalry resumed at the City Ground

“We hate Nottingham Forest, we hate Everton too. We hate Man United, but Liverpool we love you.”

Fans of a younger generation might be confused when hearing those particular lyrics belted out from Anfield’s song-book, with Nottingham Forest a peculiar rival given their 23-year absence from the Premier League and geographical distance from Merseyside.

"I know Nottingham only from when I was a kid watching Robin Hood!" 🏹

Brian Clough’s side climbed from the second tier before challenging an all-conquering Liverpool, winning the league title in their first season following promotion in 1978 – a season which also saw a controversial replayed League Cup final win over Liverpool – and going on to win back-to-back European Cups.

The first of those continental successes saw Forest beat Liverpool in the first round, ending Bob Paisley’s side’s hopes of a third consecutive European Cup.

The fortunes of the two sides have been hugely different in recent decades, but an older fanbase will recall tales of when Forest and Liverpool were rivals for the biggest prizes.

That win has provided Leeds with a four-point buffer from the bottom three, but further results are required to ensure the club’s Premier League status.

Leeds travel to face Wolves on Friday evening and the club’s chances have been boosted by the return of Kalvin Phillips.

Phillips has not featured since the first week of December and the influence of the reigning England Men’s Player of the Year has been hugely felt.

Leeds have been unable to replicate the the presence Phillips brings to the base of the midfield, both in terms of defensive work and acting as the conduit of the side.

Arsenal remain in pole position to secure a top four finish and Champions League football, but the improving Gunners were given a reality check after a 2-0 defeat to Liverpool in midweek.

There were positives to take from the club’s first-half showing at the Emirates, though Liverpool’s class shone through in the second and attentions must now turn towards a tricky-looking assignment at Aston Villa on Saturday lunchtime.

💬 "We were the better team in many parts of the game, but when the defining moments were there for the taking, we have to take them, and we haven’t."

Mikel Arteta has been unhappy with the turnaround time his side have been given with Villa having not featured in midweek, and Steven Gerrard’s team will be fresh and confident of a result after three wins in four games.

Having lost on their last two trips to Aston Villa, a win this weekend would be another step on the road to improvement for Arsenal and the promised land of the Champions League.

Ivan Toney arrived in the Premier League this season having set a new Championship goal record, though took time to find his feet in the top division.

Toney had enjoyed a rapid rise after climbing the divisions in successive seasons, winning the League One Golden Boot at Peterborough in 2019/20, before firing Brentford to promotion from the Championship with another Golden Boot last season.

After a few months of adaptation to the demands of the top division, Toney has found goalscoring form at just the right time for the Bees, scoring seven goals across his last five Premier League fixtures.

Five of those goals have come in successive wins over Norwich and Burnley, crucial results which have moved Thomas Frank’s side eight points clear of the relegation places.

Antonio Conte must be pulling his hair out watching Spurs at the moment, the club’s incredible inconsistency having seen their Champions League chase stutter and false-start.

The North Londoners face West Ham this weekend, with the sides separated only on goal difference in the Premier League table at present.

The Hammers have top four ambitions of their own, but having played more games than both Spurs and Arsenal could view success in the Europa League as their best route into Europe’s elite.

David Moyes’ side beat Sevilla in extra-time to book a place in the Europa League quarter-finals on Thursday and Spurs will hope to take advantage of some tired legs this weekend.