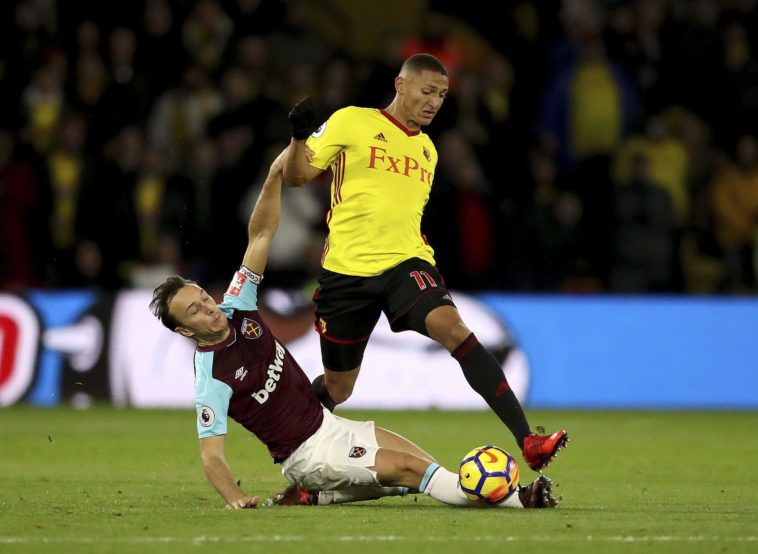 David Moyes first match in charge of West Ham ended with a dismal 2-0 defeat at Watford.

Moyes has a huge job on his hands

If anyone needed to be reminded of the monumental job David Moyes has taken on at West Ham, they only had to watch the Hammers pathetic display at Vicarage Road on Sunday.

A lack of cohesion in defence, no midfield and a forward line that can’t score all contributed to a miserable day for the Hammers’ new manager.

Moyes needs to get the team playing as a unit very quickly as the December fixture list is daunting. Any potential January signings will be looking elsewhere as West Ham look doomed judging by yesterday’s performance.

Most West Ham fans were surprised by the season-long loan signing of Joe Hart. Was it Slaven Bilic’s decision to get England’s No.1, or a Gold and Sullivan decision? I don’t know, but I’d guess the latter.

The director’s decisions are often baffling and more often than not downright stupid. Hart should never have been signed as West Ham’s Adrian is a much better keeper.

Watford’s second goal should have been saved and it was another example of a saveable shot that Hart fails to stop. Adrian would have saved it and kept West Ham in the game.

Andy Carroll is a liability

Having recently been sent off against Burnley for elbowing a defender, West Ham needed Andy Carroll to use his brain yesterday and avoid any problems.

Instead, the striker was lucky, on a number of occasions to stay on the pitch as he put himself about in an overtly physical way. It was a poor performance as he was more likely to see a red card than score a goal. It was a blessing to see him substituted in the second half.

Whatever happened to the old Carroll West Ham got in 2012? The goal scoring target man that terrorised defences fairly? Moyes needs to find that Andy Carroll quickly, or use another striking partner with the currently injured Javier Hernandez.

Amid speculation that Everton are keen to take Marco Silva away from Watford to Goodison Park, yesterday’s performance highlighted the fact that the Hornets must keep their manager.

Silva has been instrumental in Watford’s rise up the Premier League table and a top half finish is a distinct possibility. For a club that seems to dispense with managers on a regular basis, they currently have one they should not let go.

I for one wish he was West Ham’s manager.

Watford’s recruitment has been good

A good transfer policy is always a key aspect of a successful Premier League season. Watford, over the last two years, seem to have gained a knack for picking up relatively unknown players and making them into top-class performers.

Yesterday’s two goal scorers are a case in point. Will Hughes was recently bought from Derby County and had never played in the Premier League before he came to Watford.

He scored against West Ham with his first shot and looked throughout the game a much better player than any of the millionaires in the opposition.

Watford’s second goal was scored by this season’s sensation – Richarlison. Before this season no one had heard of the Brazilian. Marco Silva had, and he convinced the player to come to Hertfordshire last summer when a move to Ajax was a possibility.