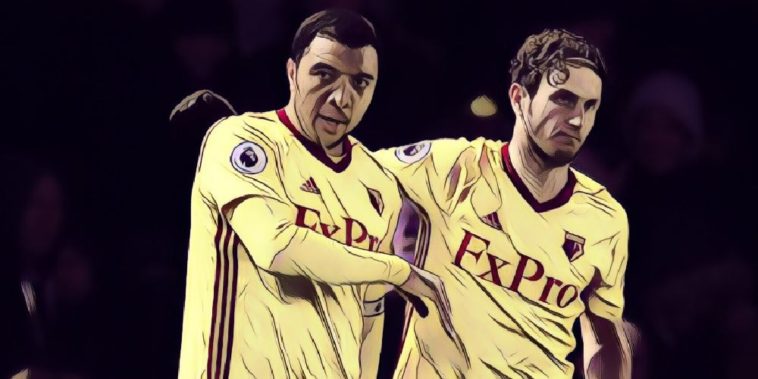 A dire performance from both teams saw Watford come out as unconvincing winners. Here’s five things that we learned.

Return to normal service from Everton

During their week off, Everton decided to jet off to Dubai and give the players some warm weather training, something that is credited with massively boosting team spirit and togetherness. Judging by the performance against Watford, it wasn’t particularly effective.

At home Everton are a different team, they have so far won eight and drawn two of their 14 games at Goodison Park. Away from home however, Everton have won just once and drawn five of their 13 games.

If they want to stay in the top half of the table their away form drastically needs to improve, as it is clearly something that is holding them back. Without the ability to do this, expect a long hard finish to the season for the Blues.

Deeney is loved by Watford fans and has made a name for himself at the Hornets over the years. New boss Javi Gracia is clearly one of those fans with him saying: “Troy Deeney is the captain. He’s a very important both on and off the pitch.”

This season hasn’t particularly gone his way however with old manager Marco Silva leaving the Englishman out for a lot of games. This probably explains why he only had three goals coming into this game, all of them coming from the penalty spot.

Deeney was very effective in the game against the Blues however, and ultimately scored his first goal of the season from open play. If Watford are to stay up this season then they will need players like Deeney to start putting in similar performances for the remainder of the season.

Coming into this game Watford were just three points from the relegation zone and had won just one of their last six games.

With teams such as Brighton and Huddersfield both picking up wins earlier on in the day, it was important for Watford to take advantage against an Everton side whose away form is currently abysmal.

Although this win puts Watford 10th and just one place behind Everton, amazingly they are still only six points from safety, meaning new boss Gracia will be hoping Watford can use this win as a confidence boost to help them push on for the rest of the season.

The impact the substitutions made on this game can either be positive or negative depending on what team you support. In Watford’s case it helped them earn the all-important three points. As for Everton, nothing changed.

Watford’s decision to bring on Kiko Femenia offered them more width whilst Stefano Okaka once again caused Everton serious problems, like he did last time the two teams met at Vicarage Road when he scored two goals.

This time it was just the assist. However, this was something Allardyce could only have wished for in his substitutions. Tosun was too isolated in the game just like Niasse was, the man he replaced. Calvert-Lewin and Bolasie also did nothing, probably down to how late they entered the pitch. If Allardyce had got his substitutions right it may have been a different score-line.

Deulofeu doesn’t get his romantic return

Before the game kicked off Deulofeu admitted that the game would be an emotional one because in his words: “Everton is in my heart.”

Sadly, for the Spaniard an injury in the 63rd minute, caused from a collision with Everton striker Cenk Tosun, forced him out of the game.

Throughout the game Deulofeu seemed to be the focal point for Watford as they tried to expose Everton’s weakness on the left. He did however show small sparks of what he can possibly do. Here’s to a possible Goodison Park return next season.