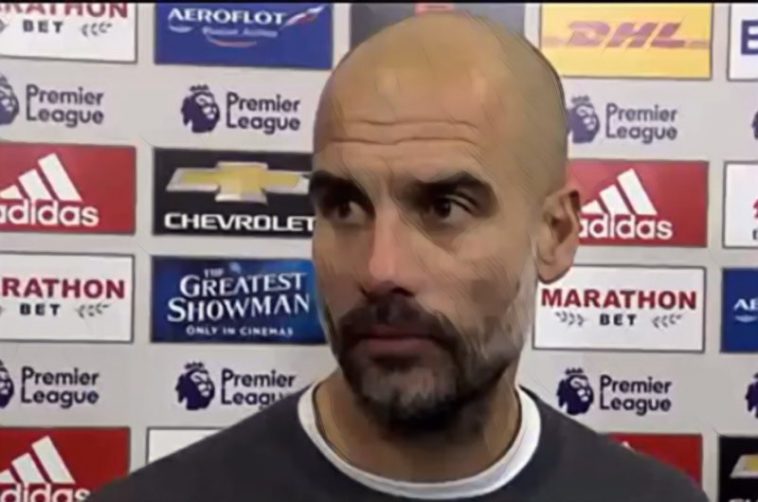 With City winning 2-1 in the Manchester derby and all but writing their name on the Premier League trophy (in December!?), Pep Guardiola was in a very good mood for his post-match interview.“We played outstanding” the former Barcelona coach said and he was particularly happy with how his side controlled each aspect of the game from counter attacks to dealing with long balls from United.

While the game looked close on the scoreboard, Guardiola felt that City could and should have scored a lot more goals and he seemed to take particular delight in being able to play and win with his particular brand of football in England.

United drew level just before half-time when Marcus Rashford pounced on a Fabian Delph error but again the Spanish coach was happy with how his team regrouped, didn’t panic and continued to control the game.

Jose Mourinho had complained in his post-match interview that Manchester United should have had a penalty and claimed that City were a lucky team. Guardiola hit back saying that the Portuguese coach seemed to complain about referees a lot and said that Manchester City were an “honest team”.

Honest or not they have one hand on the title after today’s game. See the full interview below.