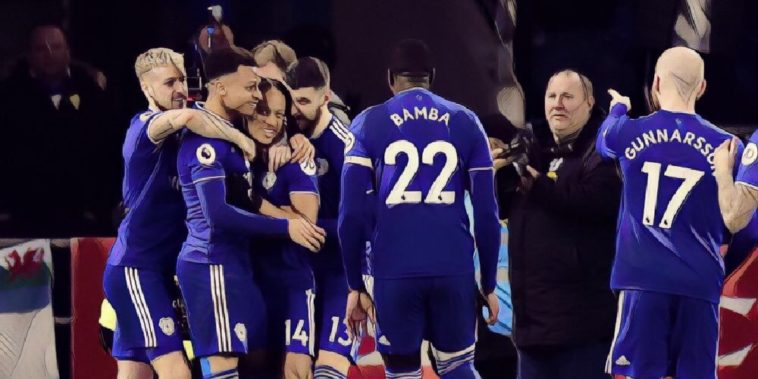 The Bluebirds secured the victory with two Bobby Reid goals – including one from the penalty spot – at the beginning of each half.

It was Cardiff’s first home game since the disappearance of the Argentinian forward, whose plane tragically went missing over the English channel almost two weeks ago.

Speaking after the game, manager Neil Warnock expressed his delight at his side’s performance in the aftermath of Sala’s disappearance:

“The crowd were amazing and it’s been a very emotional 10 days. It can’t be helped and I thought we played well against a decent team like Bournemouth. We worked on a system and it worked a treat today.

“Emiliano Sala would’ve been really proud of us tonight. I think they have about £86m on the bench and we’ve got about £3m so that’s a great result. We told the teams above us we won’t give up without a fight.

“Against Arsenal we had 19 shots and I was disappointed we didn’t win there but I’m elated tonight. I’m proud to be the manager, definitely.”

Warnock praised goalscorer Bobby Reid and the team for bouncing back from Tuesday’s 2-1 loss against Arsenal.

“I am pleased for Bobby as he missed a couple of opportunities the other night. He made up for it today,” he added.

“The goal calmed us down. We limited them to very few opportunities and we had a lot more in the dangerous areas.

“It was a cracking goal. I saw the second on the television screen. I knew from the cheers it was us and not them.

“We always looked like we could score going forward and that’s our seventh clean sheet.

“Emiliano (Sala) was a super guy, I met him for a couple of months and it just got hold of me walking across to the fans – it is an emotional time. It was great for the club to get the win today.”