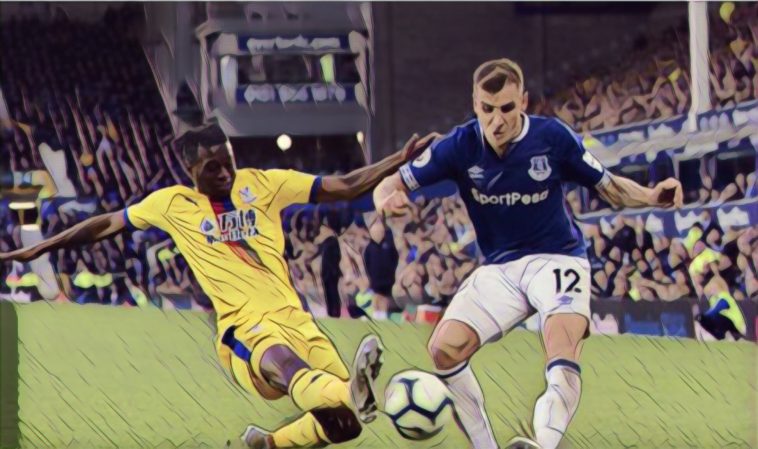 Crystal Palace dropped to 15th place in the Premier League table after losing 2-0 to Everton at Goodison Park this afternoon.

It was an even encounter for most of the game and Palace looked to be set to take the lead when they were awarded a penalty on the hour mark, although Luka Milivojevic’s spot kick was saved by England ‘keeper Jordan Pickford.

The game seemed destined to end in a stalemate until substitute Ademola Lookman crossed for fellow second-half replacement Dominic Calvert-Lewin to power home a header from six yards out in the 87th minute.

Yet another of Everton boss Marco’s Silva’s three substitutes Cenk Tosun would strike on the break just two minutes later to seal the win for the Toffees.

Speaking after the game Palace’s impressive young right-back Aaron Wan-Bissaka admitted that it is devastating to lose to two late goals.

“It’s devastating to lose in the last minutes of the game, we played well and created chances in the second half.’’ He told Sky Sports.

“The plan was to defend first, not concede and take our chances, but we didn’t take enough. We didn’t play badly, we will learn from this game.

“We stick together and keep fighting.”

Crystal Palace are now in real danger of falling into a relegation battle with their next four games coming against Arsenal, Chelsea, Spurs and Manchester United.