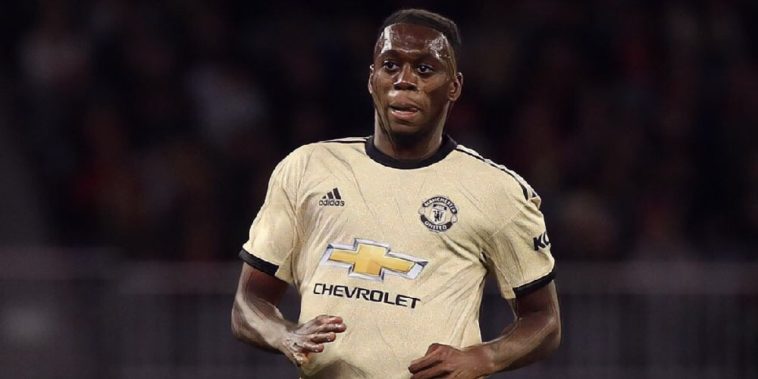 Aaron Wan-Bissaka has revealed the advice given to him by Wilfried Zaha following his £50m move to Manchester United.

The England U21 international left Crystal Palace for Old Trafford in a big-money move earlier this summer, making the same move Zaha did as a similarly highly-rated youngster in 2013.

Zaha’s move to Manchester United failed to work out, with the forward returning to Palace on a permanent basis just two years later, having made just two league appearances for United and spending the majority of his spell at the club out on-loan.

After completing his £50 million deal earlier this month, Wan-Bissaka has revealed that his now former Palace teammate has offered some guidance, telling the 21-year-old to ‘play without fear’ as he makes the step up to one of the world’s biggest clubs.

“When he knew that I joined he just told me to play without fear,” Wan-Bissaka said, according to The Mirror.

“I have come here as a new signing and he said, ‘Just play your game and do what you did last season.’

“He was happy for me. He said I deserved it and I should continue working hard and doing what I do.”

Wan-Bissaka says he is unconcerned despite his hefty price tag, with the full-back keen to focus on improving as a player as he begins his United career.

“I try not to focus on that side, for me it’s just developing as a player and my ability to help the team going forward,” he said.

“I was surprised, when I walked in, everyone has been talking to me, encouraging me, with advice. That’s helped me a lot. For me it wasn’t hard. I wanted to take my development to the next level and this was the team where I thought I could do it.”

Report: Manchester United deal for Maguire at an ‘impasse’