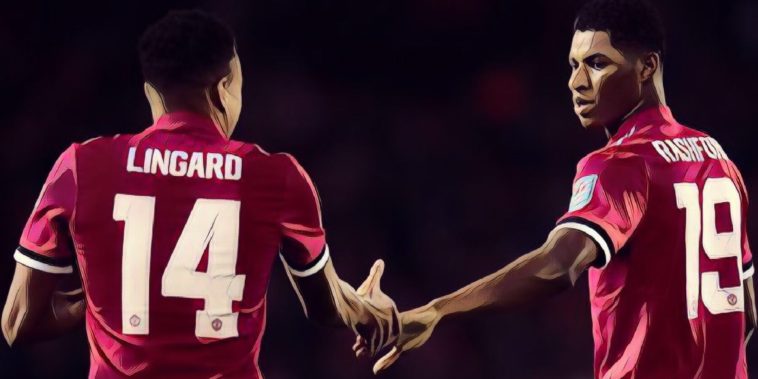 Louis van Gaal has said he is proud to have brought Man Utd stars Jesse Lingard and Marcus Rashford into the first team.

The eccentric Dutchman gave both players their debut’s during his two year tenure at Old Trafford, with the pair now developing into regular England internationals.

Lingard was given his debut in Van Gaal’s first Premier League game in charge of the Red Devils, but suffered a serious injury which ended his season before it had barely got going. He spent the second half of the season on loan at Derby, before returning to United to make his breakthrough the following year, and has since gone on to make 131 appearances for the club, scoring 24 goals.

Rashford’s breakthrough was far more sensational, scoring a brace on his debut against F.C. Midtjylland, before scoring another brace on his Premier League debut against Arsenal just a few days later. He has gone on to score 32 times in his 123 appearances for the club.

Now the man that gave them both their debut’s has said he is proud to have worked with the pair:

“Rashford is a big talent. When they are talents in your time, you are a lucky manager,” van Gaal told the History channel.

“In my first year at United, I had other talents from a lower level.

“Only Lingard and Rashford came the second year, then they were growing up. I’m always proud when you win something.

“I was very proud, for example, that we won the FA Cup with United and with those players.

“I don’t want 30-aged stars in my group. You make space for youngsters.

“Everywhere I have worked, I give three or four youngsters, depending on the quality of their youth department, the chance to develop in the first selection.”