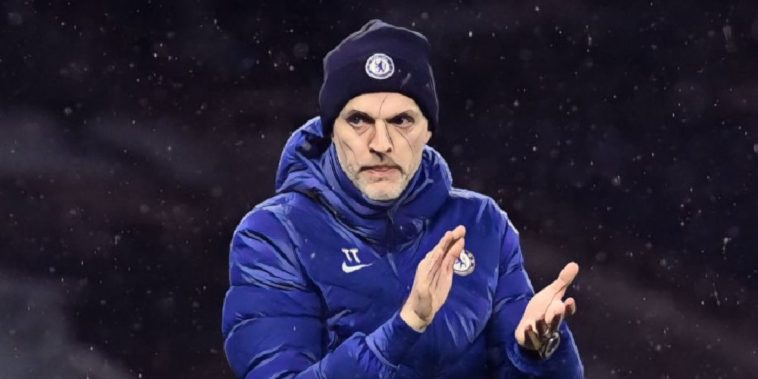 Thomas Tuchel maintained his unbeaten start as Chelsea boss as his new side beat Spurs 1-0 in Thursday night’s London derby at the Tottenham Hotspur Stadium.

Chelsea started the game by far the brighter of the two sides, with Thomas Tuchel once again opting to go with the three-at-the-back formation that has served him well in his first two games in charge.

The west London side would take the lead midway through the first half after a Cesar Azpilicueta ball in behind the Spurs backline was latched onto by Timo Werner. The Germany international was pressured by Eric Dier, and while the ball wriggled away, the England international tried to clear the it while on his backside, though he ended up kicking the striker who had managed to get his foot back in between man and ball.

Andre Marriner duly pointed to the spot, with Jorginho stepping up and dispatching the spot-kick past Hugo Lloris.

Spurs were disappointing in the first half, and came out brighter after the break, although they still struggled to create too many opportunities, with Edouard Mendy not being forced into a comfortable save from Erik Lamela’s effort from distance until the 78th minute.

Meanwhile, at the other end, Chelsea continued to pose a threat, with Hugo Lloris being forced into a couple of vital interventions, firstly diving in front of Christian Pulisic to punch away a Mason Mount cross while he also got down low to keep out an effort from the England international as Chelsea looked to extend their lead.

Jose Mourinho has lost back-to-back home games in the Premier League for the first ever time.

Spurs – who are without talismanic forward Harry Kane through injury – continued to look limp in attack, though their best chance would come with just three minutes to play. Serge Aurier – restored to the starting XI – whipped in a delicious ball from the right, only for Carlos Vinicius to put his header wide.

Speaking afterwards, Blues boss Tuchel was delighted with his side’s overall performance – the former PSG boss having seen his side keep three consecutive clean sheets under his management – though urged them to have more of a killer instinct at the top end of the pitch.

“Every experience we make is a step forward if we are opening to learning from it,” he told BT Sport. “The whole first half we totally controlled the game, very high up the pitch. Maybe we lost confidence in the second half because we lost the ball possession. We never lost the belief or structure. If it is necessary to suffer, you have to suffer.

“A bit more killer instinct and aggressive in the box, it would have been nice to decide and there were chances we lacked a bit of determination in the box. It was a big win in an away game and I am very happy.

“It is not only about tactics, about how we play and live it. They lived it 100% with full power and intensity. We never lost the belief, faith or courage to push high and for that you have to be brave and we were and the winners in the end.”

The result sees Chelsea move up to sixth, three points ahead of Spurs and just four points behind fourth-placed Liverpool.