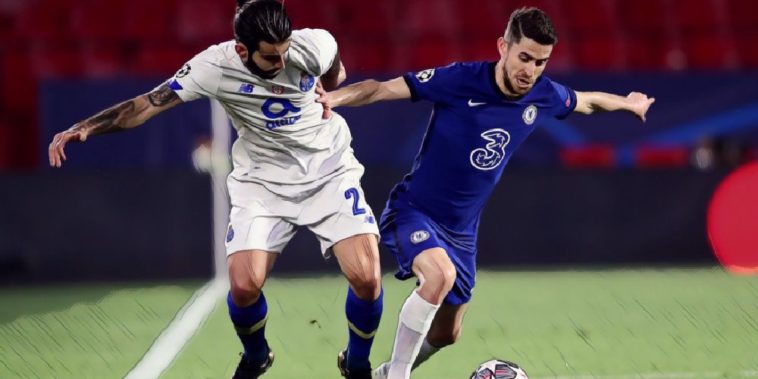 Chelsea progressed to the Champions League semi-final’s for the first time in seven years, despite suffering a 1-0 loss to FC Porto on Tuesday night.

Former Paris Saint-Germain boss Thomas Tuchel made three changes from the side that earned a 2-0 victory in the first-leg last week, with N’Golo Kante, Thiago Silva and Christian Pulisic all returning to the starting lineup, the latter man having netted a brace during the Blues’ 4-1 thrashing of Crystal Palace at the weekend.

That performance at Selhurst Park had illustrated what Tuchel’s side can do when at their free-flowing best, yet they were forced to produce an altogether more dogged display on Tuesday night, as their Portuguese opponents really took the game to the Premier League side in the opening period.

With the ‘visitors’ trailing by two goals from the first-leg, they came flying out the blocks in Seville, their energetic, high press approach making it an uncomfortable first 45 minutes for the Blues, albeit without Edouard Mendy having been overly tested.

While Chelsea posed a threat on the breakaway through the speed of Pulisic and Mason Mount on the flanks, they also failed to create anything of any real note, in a first-half in which neither side registered a shot on target.

That first effort on goal didn’t come until the 67th minute, Jesus Corona teeing up substitute Mehdi Taremi, yet his header was comfortably saved by Mendy, as Tuchel’s men desperately sought to maintain their two-goal advantage.

Despite being forced to withstand the pressure of an increasingly desperate Porto side, the Blues stood firm, with wideman Pulisic an effective presence on the break, the American international frequently buying his side some time by winning a succession of fouls.

That stubborn backline was finally breached in the 93rd minute by Taremi, the Iranian international netting with a sensational overhead kick, although it ultimately proved a case of too little too late, as the ‘hosts’ hung on for a 2-1 aggregate victory.

That result means Chelsea are through to their first Champions League semi-final since 2014, with the winners of Real Madrid versus Liverpool to come, Tuchel admitting that while it was a ‘tough’ game, his side ‘deserved’ to win over the two legs.

“We accepted what was needed was a tough, tough fight,” he told BT Sport. “Maybe on the television it was not so nice to watch but on the sidelines, it was a very intense game, a very fast game.

“It was a tough fight and very hard to play against them to escape the pressure. They attack in a fluid and aggressive way. They change positions all the time. They come from behind, they overlap and you have to adapt to many movements. With every minute we did it better and better after a tough start.

“We defended well and deserved a clean sheet. We had the better chances – not a lot – but the better half chances. We could not finish it off with a goal so we had to hang in there and the guys did that. Overall we deserved to beat Porto. It was a tough 180 minutes.”

That progression into the last four of the competition is a marker of the great strides that have been made since the German walked in the door in January, the 47-year-old revealing it was a ‘pleasure’ to watch his side battling to grind out a result.

“We had to play defensively but also offensively,” he said. “Normally Porto is a team who can make other teams underperform. It happened to Man City in the group stages and Juventus. You have to accept that things will be hard.

8 – @ChelseaFC have reached the UEFA Champions League semi-finals for the eighth time, more than any other English side in the competition’s history. Accustomed. pic.twitter.com/kjpVJE8JmJ

“Part of the performance is to not let the other team perform and we did this today. Until the lucky shot in the last minute we did not concede any chances. We missed some counter-attacks and some touches in the final third to create a little more but we are a young team. We had two guys who scored their first goals in the Champions League in the first leg. We have to accept the circumstances.

“It was a pleasure to watch the fight and be on the sideline with them to see them through.”

Chelsea are in next in action against Manchester City in a mouth-watering FA Cup semi-final clash on Saturday evening.