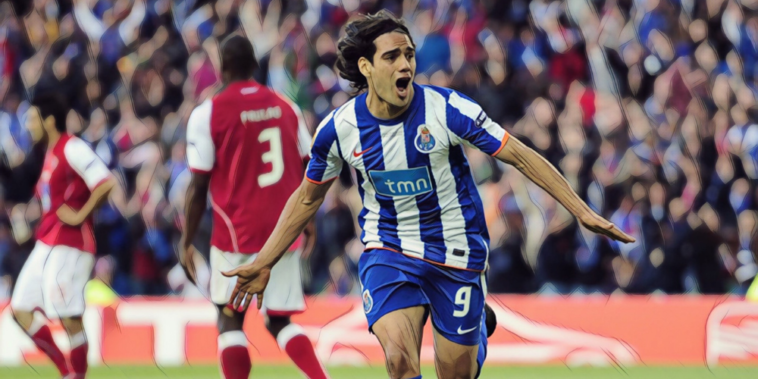 Chelsea host Porto in the second leg of their Champions League quarter-final tie this week, with the west London side 2-0 ahead on aggregate and in pole position to seal a place in the last four.

The two sides have met regularly on the Champions League stage with tomorrow’s meeting their tenth since first going head-to-head in 2004, whilst the quarter-final opponents have also shared several notable names throughout the years.

Ahead of their clash at Stamford Bridge, we look at five of the best players to have played for both Chelsea and Porto.

Unquestionably amongst the best players to have adorned the colours of both clubs, Ricardo Carvalho was an integral part of the Porto side that shocked Europe by winning the Champions League in 2003/04.

The centre-back made 115 appearances across three seasons with the Portuguese side, before following Jose Mourinho to Stamford Bridge upon the manager’s arrival in the Premier League.

Carvalho soon formed a brilliant partnership with John Terry at the heart of the Chelsea defence, forming the spine of one of the Premier League’s great sides and winning back-to-back league titles in 2005 and 2006.

The first of those title successes came after conceding a record low of just 15 goals for the campaign, the west Londoner’s impregnable defence laying the foundation for a successful era.

Carvalho’s elegance proved the perfect complement to Terry’s lionhearted style in one of English football’s best centre-back pairings of the modern era.

Carvalho added a third Premier League winners’ medal as part of a domestic double in 2009/10, the final season of a Chelsea career that delivered 210 appearances and six major honours.

He moved on to Real Madrid to reunite with Mourinho and won a La Liga title in the Spanish capital, before finishing his career with spells at Monaco and Shanghai SIPG.

Another of Porto’s Champions League winning side to follow Jose Mourinho to Chelsea, Ferreira had been a key component of the Portuguese’s side’s backline during a trophy-laden era.

The right-back won two league titles, the UEFA Cup and Champions League during two seasons at Porto, before signing for Chelsea in a £13.2m deal and becoming a reliable option for almost a decade.

Ferreria spent nine seasons at Stamford Bridge and made 214 appearances across all competitions, featuring regularly during their back-to-back title successes under Mourinho before featuring more sporadically in later years.

The defender won a huge 11 major honours in Chelsea colours before his retirement at the end of the 2012/13 season, including a clean sweep of English football’s domestic trophies and both the Europa League and Champions League.

Jose Mourinho had hoped to sign a third Porto player during his first summer in charge of Chelsea, Deco having proven the inspiration behind the club’s Champions League triumph.

The midfielder was named as runner-up for the Ballon d’Or following his performances for Porto, scoring the second goal as Monaco were beaten in the Champions League final in Gelsenkirchen.

Deco spent six seasons with the Portuguese side and won a whole host of major honours including three league titles, though turned down Chelsea’ advances to sign for Barcelona, winning a further two league titles and a second Champions League trophy with the Spanish giants.

Four seasons after coming close to a move to the Premier League, he joined Chelsea for a fee of £8m in 2008.

The Brazilian-born Portugal international showed glimpses of the talent that had made him one of Europe’s best during two seasons in English football, but failed to recapture his former heights despite winning two FA Cups and the Premier League title.

If ever there was a player for who the term mercurial suited perfectly, it’s Ricardo Quaresma.

Quaresma was once touted as a brighter talent than Cristiano Ronaldo when coming through the ranks at Sporting Lisbon, but his career has been a mix of awe-inspiring flashes of talent and periods of inconsistency and poor performances.

After a difficult spell with Barcelona he signed for Porto in 2004 and enjoyed arguably the most consistent period of his career, winning three consecutive league titles and wowing crowds with his wing wizardry and trademark trivela technique.

Handed a second shot at the big time with Inter Milan, it again proved a failed venture and he signed for Chelsea on loan during the 2008/09 season but made just five goalless appearances.

Since then his career has been a nomadic existence including a second spell at Porto that brought 19 goals across two seasons, Quaresma’s list of clubs including Besiktas and Ah Ahli.

Now 37-years-old and playing his football back in Portugal with Vitoria, Quaresma’s career has been one of several highs and many lows, a player capable of winning games with moments of magic – but only when he feels like it.

Falcao’s failings in the Premier League are well-documented, but his time at Porto saw El Tigre become arguably the best number nine in world football.

The Colombian international signed for Porto from River Plate and enjoyed a whirlwind two seasons in Portuguese football, scoring a staggering 72 goals in just 87 appearances and winning a whole host of major honours.

He scored 34 goals during his debut season, before forming part of the side that were crowned Primeira Liga champions in 2010/11 – going the entire league season without defeat.

That campaign saw Porto complete a treble of league, cup and Europa League, with Falcao’s performances in continental competition underlining his status as one of the world’s best.

He scored a record 17 goals throughout the Europa League campaign, including netting a hat-trick in the quarter-finals and four goals in a 5-1 semi-final thrashing of Villarreal.

His incredible season was completed with the winner against Braga in the final in Dublin, before moving on to Atletico Madrid in a €50m deal at the end of the season.

Spells in Spain and France followed before unsuccessful loans at Manchester United and Chelsea, but the version of Falcao in Porto colours was one of the very best in the business.