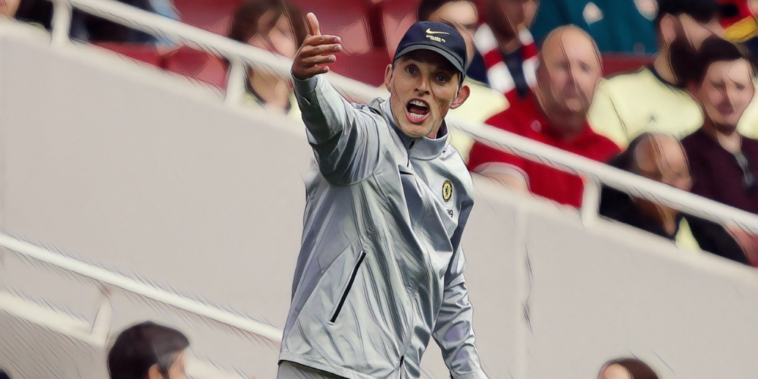 Thomas Tuchel is hopeful that Romelu Lukaku can be the ‘missing piece’ of the Chelsea jigsaw as he sets out his expectations of the club record signing.

Chelsea travel to face Arsenal at the Emirates on Sunday in a fixture that could see Lukaku make his first appearance since returning to the club, the west Londoners having secured the signing of the forward in a £97.5m deal from Inter Milan.

The 28-year-old scored 64 goals in 95 appearances across two seasons in Italy and will be tasked with leading the line for Chelsea as they pursue the Premier League title.

The Belgium international is in contention to feature against the Gunners after completing a period of quarantine and Tuchel is hopeful that the 28-year-old can be the ‘missing piece’ for his side.

“We have one more training session to go but the week was a heavy load for him because he was in the group with the other late starters,” Tuchel told his pre-match press conference.

“Today was low intensity and tomorrow we will have important training before the match. We are hoping he is on the pitch for Sunday and things look like it.

🗣"He is a winner in every sense of the word and that is what I want to achieve with this football club."

Romelu Lukaku reveals he spoke to his Chelsea idol Didier Drogba on how to succeed on his return to Stamford Bridge. pic.twitter.com/Nn0lFzCLFf

“We let players go. I believe everyone needs a role. It’s not nice to let them go but at the same time it’s also necessary.

“Is Romelu the missing piece? We hope, but at the same time, we try to find the solutions for any questions asked in games. We want to still be a strong squad that comes from a team effort and Romelu is that kind of personality and profile that we were missing up front.”

Asked about his expectations for the striker, Tuchel joked that he wants him to score “50 or 60 goals by winter”, before giving offering a more realistic answer.

“We expect him to have an impact. Let’s see where the impact is. We expect goals and he expects goals because he delivered goals everywhere he played. We will see how far the impact goes.

“He is a big personality in the dressing room but I am absolutely convinced he will have a positive impact on Timo Werner, Kai Havterz, Christian Pulisic and the guys that play around him. We demand and he demands goals. We will set a clear target later in the season.”