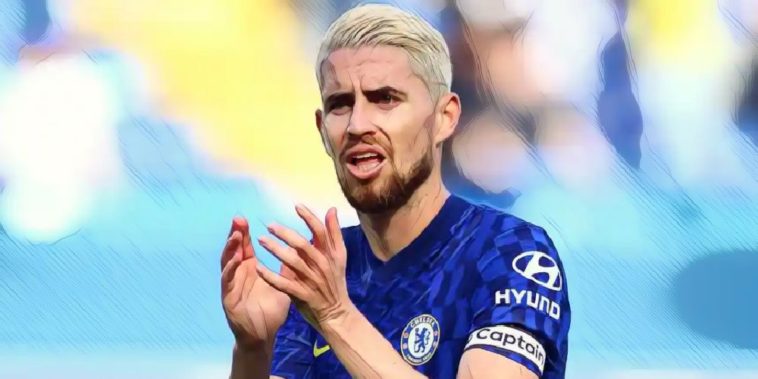 Chelsea boss Thomas Tuchel was full of praise for ‘strategic’ and ‘relentless’ midfielder Jorginho, ahead of the Blues clash with Arsenal on Sunday.

It had initially been a rocky start to life at Stamford Bridge for the Italy international following his arrival from Napoli in 2018, the playmaker seen as the epitome of everything wrong with Maurizio Sarri’s uninspiring style of play by the Blues support.

However, three years and two managers later, the 29-year-old is now a vital cog in the Chelsea machine and is seemingly beginning to get more than enough credit for his top drawer midfield displays.

Not just a reliable presence from the penalty spot, the former Napoli man is the heartbeat of Tuchel’s midfield, combining beautifully with the ever-impressive N’Golo Kante to form a hugely impactful midfield partnership.

Equally, his superb displays as part of Italy’s Euro 2020 triumph have also further enhanced his standing in the game, having only recently played a pivotal role in the Champions League success at club level.

Having dominated Europe in the last few months, Jorginho will now be looking to help steer his side to the title this term, with his manager lauding him with praise for his ‘work-rate’ and ability to ‘control the rhythm of a game.’

“Jorgi is a very strategic player,” Tuchel told the Chelsea website. “He knows what to do in possession, he can imagine what is going to happen one or two passes ahead and he knows where to help out in short distances and longer distances.

“He knows when to switch the play and not to switch the play. He has a good sense of rhythm. He organises the environment around him and that allows him to show his true abilities in controlling the rhythm of a game.

“As well as this, he is relentless in defence. He wants to help everywhere on the pitch. He has a huge ability to run a lot for the team. Maybe he lacks the high speeds, but he compensates with a lot of work-rate and anticipation in his defensive work.

“On top of that, he is a top guy. He is funny, he has a big smile on his face every single day, you can have chats with him and laugh every single day. He is up for a laugh. He is in love with his game, and this is the feeling he transports from the first minute. He never stops transmitting this energy.”

Jorginho and co will be in action against rivals Arsenal in the London derby on Sunday afternoon.