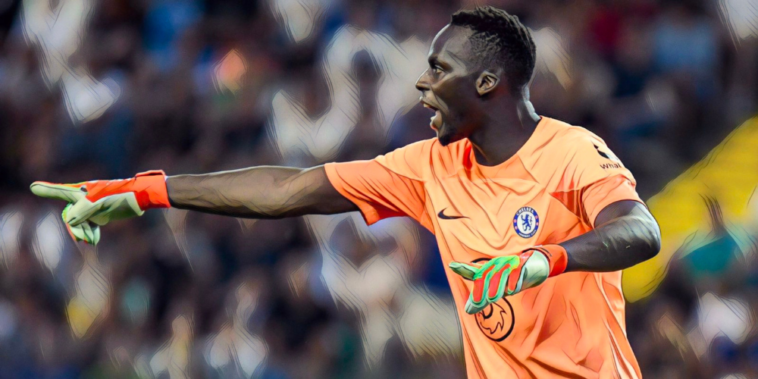 Kepa was linked with an exit this summer after spending much of the past two campaigns as a back-up option, with the arrival of Mendy from Rennes in 2020 having pushed the Spaniard to second-choice status.

The 27-year-old – who remains the world’s most expensive goalkeeper at £71.6m – has started just ten Premier League fixtures across the past two campaigns, but decided against an exit this summer amid a lack of credible options – a decision that has left his manager ‘very happy’.

“Yeah, he tried [to leave]. He tried, he checked his options, which we were aware of,” Tuchel told reporters when discussing Kepa. “They were not satisfying for him, for us. So he stayed.

“I’m very happy about that. I was always very clear, directly to him that I’d love him to stay. And in my point of view, he’s absolutely ready to play.

Asked whether he will discuss giving Kepa a chance, he said: “First we deal with the players and then we tell you.”

Tuchel also discussed the form of Edouard Mendy, who has been criticised for his recent performances. The Senegal international made a howler in last month’s loss to Leeds and was unconvincing once again as Chelsea beat West Ham this weekend.

“Yeah, it’s like I say, I think it’s a very sensitive position in football in general and it’s not everything that’s just pure quality and only about decision-making,” Tuchel added.

“It’s also about the feeling and the feeling that you feel the confidence and sometimes it’s a bit of also having the luck. Somebody sent me an interesting quote about Napoleon, who asked his generals if they should not only have the best quality, but he needs also that they are lucky generals.

“So this is what you need also from leaders and from goalkeepers and that they have the kind of momentum that if they do a little mistake, it’s not punished. He is at the moment, he gets punished a lot for not a lot of what he does wrong but there are no doubts in my mind.

“The situation is calm. We have two fantastic goalkeepers, two fantastic guys. We are aware of it that he is in that kind of situation, but first we deal inside and then we tell you.”