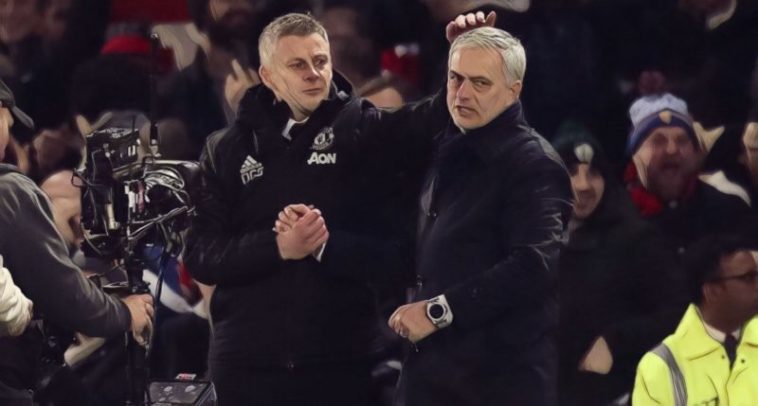 Premier League football is finally back and Friday night sees an intriguing encounter in north London, Jose Mourinho currently preparing his Tottenham side for a difficult looking fixture with former club Manchester United.

Both sides are in desperate need of three points to continue their push for a top four finish, here is all you need to know about the Premier League clash:

Tottenham were in a dismal run of form prior to the suspension of the season having failed to win in their previous six fixtures in all competitions, crashing out of both the FA Cup and Champions League in addition to falling seven points adrift of the top four.

Jose Mourinho’s side were severely hindered by the absence of leading goalscorers Harry Kane and Son Heung-Min through injury, and will return to action in much better shape following the respective recoveries of their leading forwards.

The pre-break Spurs were in a bleak situation but that negative atmosphere has been replaced by optimism, though the eighth-placed outfit can ill-afford any mistakes starting a crunch clash against a United side currently sitting fifth.

In stark contrast, Manchester United had hit their best period of form of the season before seeing an 11-game unbeaten run in all competitions halted by a global pandemic, the Red Devils remaining firmly in the hunt to secure a top four finish and return to the Champions League.

Ole Gunnar Solskjaer will hope he can continue that momentum ahead of Friday’s trip to Spurs, with the club also still competing for both the FA Cup and Europa League. United face fellow European hopefuls Sheffield United after the trip to top-four chasing Spurs, and those results could prove pivotal in the club’s hopes of catching fourth-placed Chelsea.

Solskjaer’s plans will be bolstered by the return from injury of leading scorer Marcus Rashford and Paul Pogba, the latter having made just eight appearances in all competitions following an injury-hit season thus far.

Jose Mourinho suffered his first defeat as Spurs manager on his first return to his former side in December, with Marcus Rashford scoring twice for the hosts to secure victory.

The England international opened the scoring after beating Paulo Gazzaniga at his near post after just six minutes, only for Dele Alli to bring the visitors level with a brilliantly improvised touch and finish.

United, however, were much the better side and retook the lead early in the second period, Rashford cooly firing home from the penalty spot after being brought down by Moussa Sissoko.

The forward kept his nerve after a long VAR check to send Gazzaniga the wrong way, his brace extending a fine run of form to make it 12 goals in his past 13 appearances.