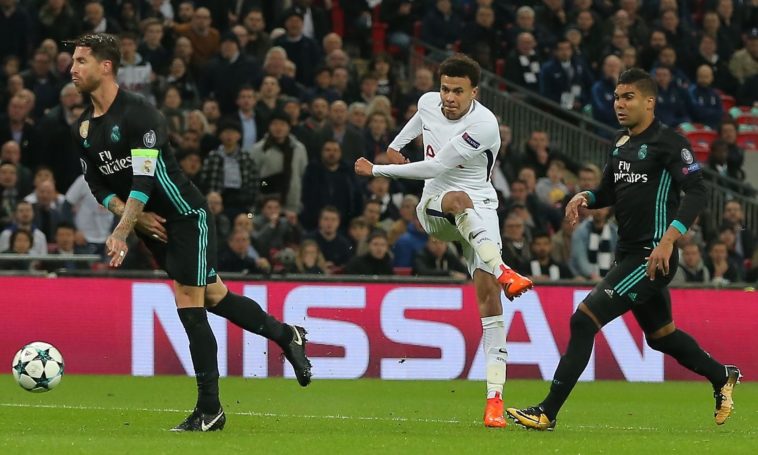 Spurs become the first side to beat Real Madrid in the Champions League group stages since 2012 with a sensational 3-1 Wembley win.

The first few minutes saw Spurs sit off and allow Real Madrid possession. Ramos got a head on a corner, before the balance of play shifted.

Spurs found all kinds of space in Real’s defence. Los Blancos were making mistake, after mistake, after mistake. It was only a matter of time. If there’s one moment in the game which summed it Real Madrid’s problems, it was in the 27th minute. A long ball by Spurs was overplayed and Nacho started to casually chase it then back. Harry Kane however never stopped sprinting and in the end Nacho had to put it out for a throw. Kane took the throw himself, the ball was then played into Winks who beautifully lofted it over to Trippier. (Note: Trippier was marginally offside, but oh well). Trippier fizzed the ball across goal for Dele Alli to tap in. 1-0 to Spurs.

The goal woke Madrid up who Had previously looked lacklustre. Ronaldo ran into the box and took a shot forcing a save from Lloris. Casemiro’s shot was palmed away by the Spurs stopper only for it to stay in play and luckily for him, fall to the head of Davies, who could put it out of play. However, that was really all the away side offered in the first half.

The second half followed a similar pattern, Real looked a bit out of sorts and Spurs were able to capitalise. 56 minutes in, Dele Alli found himself in space after shrugging off Casemiro. His shot deflected off of captain Sergio Ramos to beat the keeper to put Spurs two goals up. A man who has been struggling to rekindle his form of the season past found himself with a brace against the European Champions.

Dele Alli was again involved and made a lovely pass towards Kane.  Kane proved how much of an all rounder he is as lured the defender towards him and a made neat through ball in towards Eriksen. The Dane was one-on-one with Casilla and it was never in doubt. 3-0 to Spurs, 65 minutes gone. From a side who had never beaten Real Madrid before, they were dreaming!

The last 25 minutes saw Real try to get back into it, but it was too little too late. Tottenham’s defence was strong and Real just looked off the pace. Obviously, Ronaldo did what Ronaldo does best and got himself on the score-sheet, because it wouldn’t be a Champions League if he didn’t score. He got a hold of a loose ball in the box and his shot deflected off Dier into the net. All it turned out to be though was a consolation. Full time. 3-1 to Tottenham Hotspur who seal their place in the last 16 for the second time in their history.