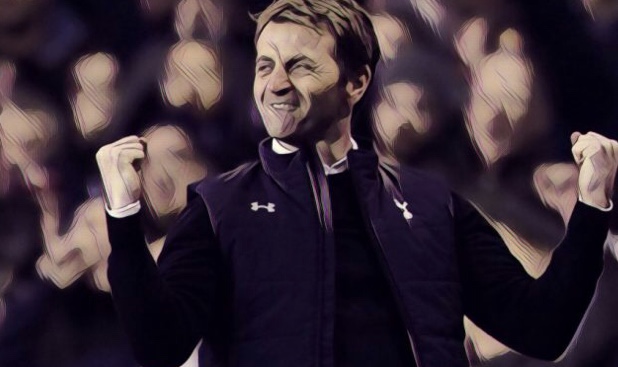 Tim Sherwood is very much the quintessential “Proper Football Man”. A man who believes football games are won through passion and guts with nothing to do with fancy things like tactics.

He does of course deserve massive credit for single-handedly bringing the Gilet back into fashion, but after spells as the Spurs and Villa boss it soon became clear that “Tactics Tim”, underneath all his effin, blinding and fist-pumping, was just a bit of a blagger.

Tim’s last job in football involved a disastrous stint as director of football with Swindon Town and you’d have to think that he won’t be getting many more job offers anytime soon unless it’s sitting beside Richard Keys and Andy Gray on the BEIN Sports sofa. Tim did however, leave us with some absolutely blinding quotes before heading into early retirement and for that we, eh, salute you…

( 2 ) “Too many of them are too nice to each other. We need to show a bit more guts and not want to be someone’s mate all the time. It can’t always be me.” On Spurs players being too nice.

( 6 ) “That guy’s an expert, seriously. Every week he tells me what to do. So I gave him the opportunity to do the job. He bottled it at first but then he swallowed it. It was just good banter.” After he took a Spurs fan from the crowd to replace him in the dugout.

( 7 ) “If you have a supply teacher who comes into your school, sometimes they’re not treated with the respect that a headmaster is.” On Spurs players not showing him enough respect.

( 8 ) “I don’t read books. I read the Daily Express and The Star.” We never would have guessed.

( 9 ) “He’s the sort of player who can get managers the sack. He can throw his toys out of the pram at times and, as a manager, you have to make sure he’s 100% committed to your football club. If not, he can be a bad apple and you don’t want that around your squad.” On Dimitar Berbatov.

( 10 ) “You can play a five-a-side out there and they all want to win. But there’s a different level. I wanted to kill people to win.”

( 11 ) “The players have a duty, a responsibility to fix this mess. I don’t want to hear crap about how difficult it is to play at home. Playing for a big club comes with pressure. Anyone can do it for a lesser team — but you have to have b******s to play for Aston Villa. This is a big club.”

( 13 ) “Play like that and get relegated, you’re having a laugh aren’t ya?” After Villa’s 3-2 loss to Man City, I think we can all guess what happened next …

( 15 ) “He was a great judge of a player, that Jack Walker. No, come on, you shouldn’t even put me and Zidane in the same sentence.” On Blackburn chairman Sir Jack Walker signing him over Zinedine Zidane. Finally, we agree on something Tim!