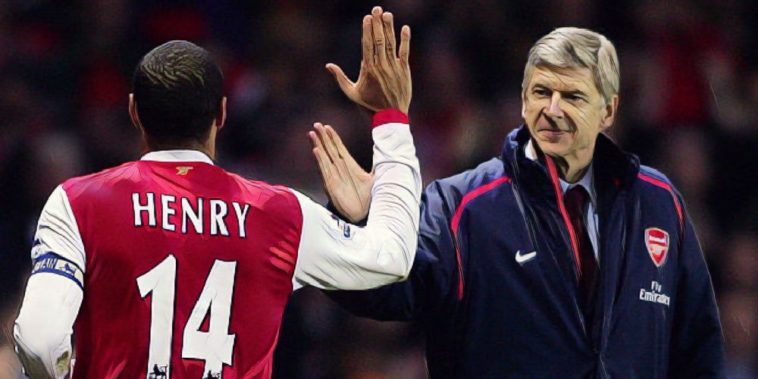 Thierry Henry has revealed the biggest lesson he learned during his time playing under Arsene Wenger at Arsenal.

The French forward would move to north London from Juventus where he would be reunited with former Monaco boss Wenger, overcoming a difficult start to become Arsenal‘s all-time record goalscorer and arguably the finest player the Premier League has ever seen.

Henry has since taken his first steps into management and is currently in charge of MLS side Montreal Impact following a disastrously short spell in charge of Monaco, and the Gunners’ great has now opened up on the managerial lessons he learned from Wenger as he bids to make a success of his own time in the dug-out.

“He made me realise, ‘Stop asking yourself the wrong question and ask yourself the right question’,” Henry said in an interview with the Daily Mail.

“You need to analyse who you are playing with. Can Dennis Bergkamp play you the ball? Can Freddie Ljungberg? Dennis could, he could find me anywhere, Freddie couldn’t, he was a different type of player.

“I started to think of the game backwards. I realised, ‘Oh, hold on, it is my fault, it is my responsibility, don’t make the same run if Freddie has the ball’.

“I need to make my players realise the same, make them think differently and take responsibility. You’d be amazed how many players don’t actually talk before they go on the field. You need to know each other — talk!”