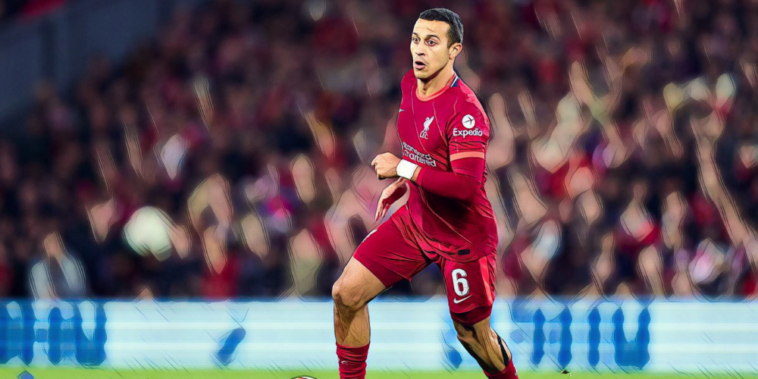 Thiago Alcantara believes Liverpool are capable of winning the Champions League this season, if the Reds can bring their ‘best’ to every game.

Liverpool face Porto this evening with their place in the knockout stages already assured, Jurgen Klopp’s side confirmed as group winners with two games to spare after compiling a perfect record in this season’s competition.

Thiago is looking to become just the second player to win the Champions League with three teams, having twice won the tournament during spells at Barcelona and Bayern Munich.

The Spaniard admits that winning the Champions League is ‘very, very tough’, but has backed Liverpool to contend for the trophy if the Reds can bring their best to the European stage.

“But in a more than 10-year career, yes I’ve been in two finals and won twice but I lost more than eight, so it’s tough to go through every stage because you play against the best teams and players in the world.

“We have to bring our best and be better in every game and if we do that we can achieve everything.”

Thiago has endured a frustrating period since signing for Liverpool from Bayern Munich, with injuries having hindered the 30-year-old’s ability to make an impact on a consistent basis.

Having returned to the side in recent weeks, Thiago is hopeful of playing an important role after a period of adaptation at Anfield.

“The first year was very interrupted because of the Covid situation and because of injuries,” he added. “But then I had a quick adaptation in with the team in the league.

“We struggled last season for many reasons and this year it’s better with team mates, the runs they make, how the prefer to receive the ball, how they defend and attack so in my performances I’m open to help the team in different ways as the coach and my team mates want.”