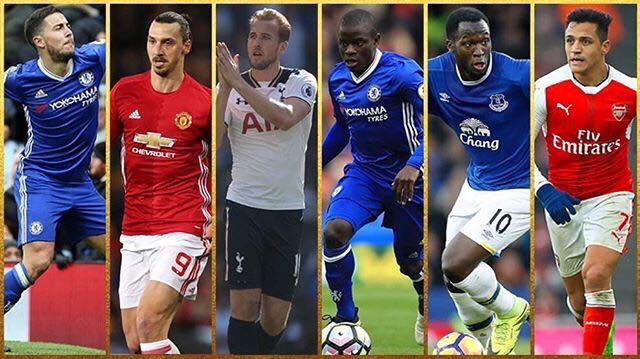 Welcome to the official announcement of the inaugural Football Faithful Premier League Team of the Year!

In case you didn’t know, the PFA Team of the Year and Players of the Year are voted for by the players themselves.

Over the weekend, we decided to do our own vote to find out what you, The Football Faithful thought, and here are the results.

Firstly, we gave our twitter followers the choice of formation. This was very important as it would shape the crucial next 11 votes. The formation selected for this season’s Team of the Year was the trusty 4-3-3.

So then we had to start somewhere, and in goal is the logical place. Despite not being as hard worked as in previous seasons, Manchester United’s goalkeeper David de Gea won this award, just like in the PFA Team.

Next up, was the right back slot. It was a very close vote, but Manchester United’s Antonio Valencia edged out Spurs’ full back Kyle Walker.

This was then followed by two votes for the centre back pairing. David Luiz, Eric Bailly, Toby Alderweireld and Michael Keane were in the hat for the right centre back, whilst Gary Cahill, Marcos Rojo, Jan Vertonghen and Ben Gibson were the nominees for the left hand side.

Spurs defender Toby Alderweireld was the run away winner at the right hand side, but the left hand side was once of the closest votes of the whole team. Gary Cahill took an early lead in the voting before Jan Vertonghen raced ahead. However a late rush of votes for Marcos Rojo earned the Argentinian a place in the team.

Another close vote was at left back. Danny Rose and Marcos Alonso shared 90% of the vote, with the Chelsea full back just pipping the Englishman to the post.

Then, in midfield, PFA Player of the Year N’Golo Kante did what he does best. He intercepted 79% of the vote for himself to secure his place as the Defensive midfielder of the Team of the Year. No great surprise there.

Ander Herrera, fresh from his man marking heroics against Eden Hazard also took a majority of the vote to slip into the right hand side of midfield, whilst Dele Alli and Paul Pogba went toe-to-toe to be in on the left hand side. The £89million man Pogba had to make way for the former MK Dons star, as Dele Alli completed the midfield lineup.

And then, it was on to the front three. Liverpool made sure they were represented in the team as Speedster Sadio Mané raced away to cement his position on the right wing, whilst Eden Hazard edged out Alexis Sanchez to play on the left.

Then, it was only to decide the main striker. What a choice we left our twitter followers with, Romelu Lukaku, Harry Kane, Zlatan Ibrahimovic and Diego Costa. Four players who have scored a staggering 80 Premier League goals between them….so far.

It was a close vote, but Spurs striker Harry Kane just edged out Romelu Lukaku, 40% to 37%. 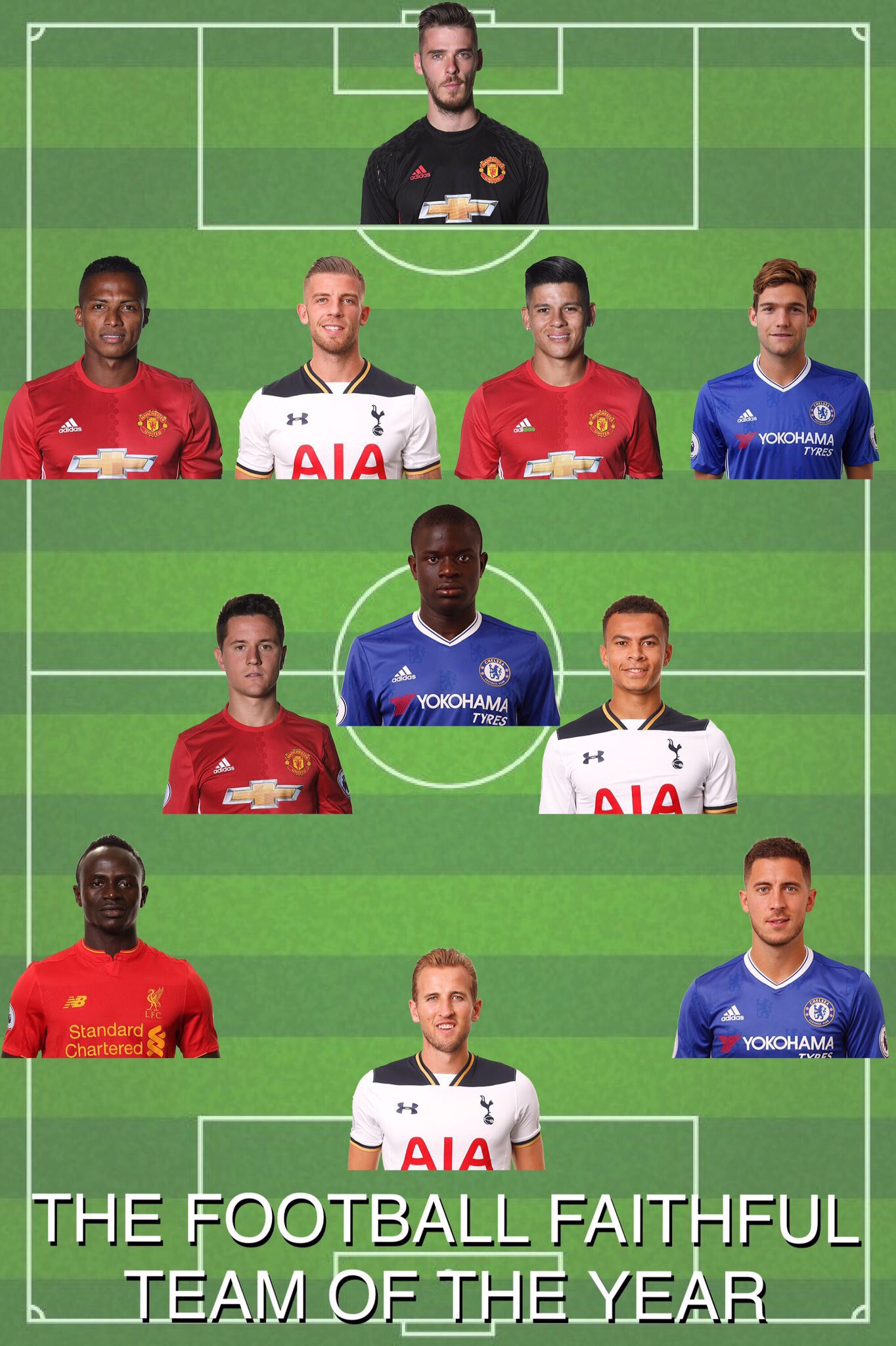 So that’s it! We know there are a few shocks in there. Well don’t blame us, it was our twitter followers, but we think they still made a pretty formidable team!

If you don’t already, please ensure you follow us on twitter @FootyFaithful where you can join in with future events like this. If you agree, or disagree, please feel free to leave us a comment below, and thanks for reading!