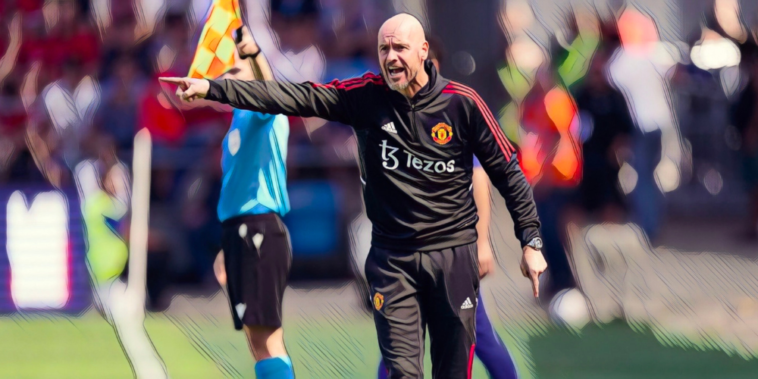 Erik ten Hag has refused to discuss Manchester United’s interest in Frenkie de Jong and insists he is ‘happy with the current squad’.

United begin their Premier League campaign with a home clash against Brighton on Sunday, though the transfer window remains open until September 1.

Speaking at his pre-match press conference ahead of the club’s clash with the Seagulls, the Dutchman insists he is content with the current options in his squad.

Ten Hag was asked specifically on the club’s interest in De Jong, having chased a deal for the Barcelona midfielder for much of the summer.

United are reported to have agreed an initial fee for the 25-year-old earlier in the window, but there has since been little progress on a deal and Chelsea have emerged as rivals for his signature.

Ten Hag refused to comment on De Jong, who he coached during his time at Ajax, and says he is not willing to discuss players contracted to rival clubs.

“We want Frenkie? It’s about the right players and I cannot give comments on a player under contract at another club.

“When you work with and develop players in your current squad, in this moment we have players in that position who perform really well.”