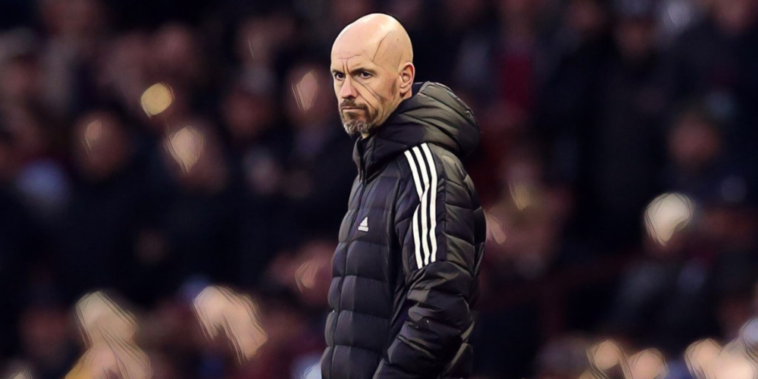 Erik ten Hag is pleased with the news regarding a potential takeover at Manchester United, but insists the club can compete with state-owned sides.

United have been placed up for sale with the Glazer family having announced their intention to bring in investment last month, news which was greeted with delight from the club’s fans who have continually protested against the controversial ownership.

The Red Devils are among the most valuable sports clubs in the world and will attract significant interest, with the Glazers understood to be open to offers in excess of £5bn. New owners is expected to lead to increased investment, but Ten Hag insists that strategy is as important as resources as the club look to compete with the likes of Manchester City and Newcastle in the market.

“We are able to compete with City and Newcastle,” Ten Hag said. “I think it’s also about strategy, not just money.

“It’s clear that when you don’t have the right players and quality players you will not be successful and achieve the targets you set. The competition is really tough so you need the right players. We are in a better [position than the start of the season, [heading] in a good direction. But still there is a lot of room for improvement.”

Ten Hag spent a club-record £220m during the summer on new signings said he was told of the news of a potential sale before the club went public, before suggesting that even more funds will be available under potential new owners.

“I was informed by the club, but I’m not talking with the owners about this issue,” Ten Hag added. “My information is that it will only be good things because there will be more investment possible which is good.

“Richard Arnold told me it was happening. We spoke about the culture we want, we spoke about objectives, goals and the culture and he confirmed it won’t change. It will be even better because more money will become available for this project.

“I look at the competition around the Premier League, they all have the opportunity to invest, it’s a tough competition between seven or eight clubs.

“That’s a change in circumstances when you compare with five or 10 years ago so the competition is much tougher. Newcastle are coming, even West Ham, maybe not now in the table, but they have huge investment. Quickly count seven or eight clubs that can compete in the league.”