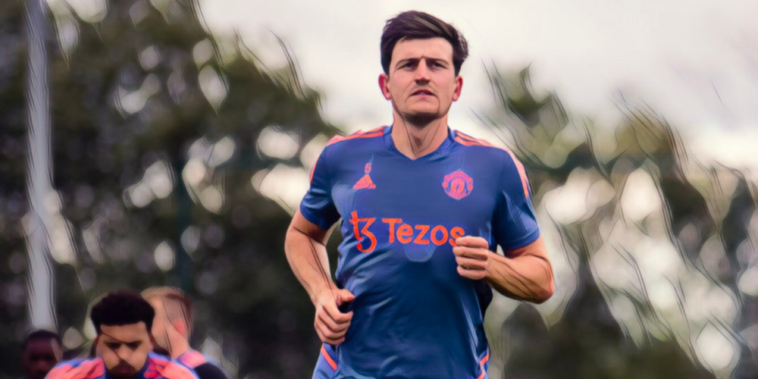 Maguire’s status as captain came under question last season following a number of poor performances, with the centre-back having struggled for form during a disappointing campaign for the Red Devils.

The 29-year-old could face increased competition for a place at centre-back should United secure a deal for Lisandro Martinez this summer, though his role as captain will not change despite the arrival of a new manager at Old Trafford.

Speaking ahead of United’s first pre-season friendly against Liverpool in Bangkok tomorrow, Ten Hag confirmed that Maguire will retain the armband for his first season in charge.

“Harry Maguire is the captain”, Ten Hag said, as per manutd.com

“Of course, I have to get to know all the players and it takes time, but he is an established captain for a few years and he has achieved a lot of success, so I don’t doubt about this issue.”

Ten Hag also spoke on potential incomings this summer, with the capture of Feyenoord left-back Tyrell Malacia the sole new arrival during the window so far.

“At my first press conference, I said already that definitely we are searching for players in the midfield and I think that we have a need,” Ten Hag said.

“But also, in offence, we are still looking for players. We want to have the right players. We have a really good squad. We are working to develop our way of playing. If the opportunity is there [to sign players], then we will strike.”