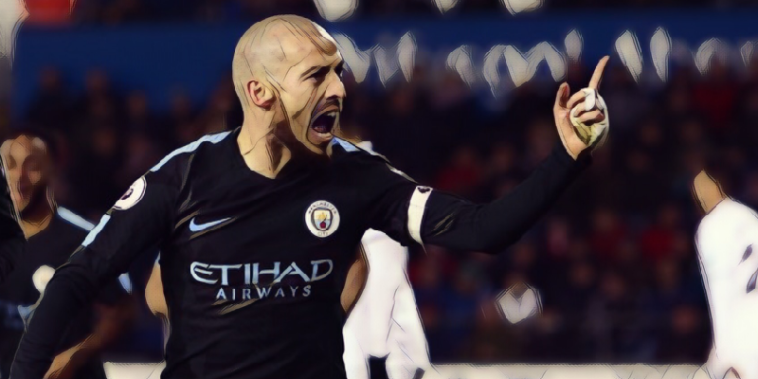 Manchester City were back to their very best at the Liberty Stadium on Wednesday night as they set an astounding record of fifteen consecutive Premier League wins.

Goals from Kevin De Bruyne and Sergio Aguero, as well as a rare David Silva brace, saw off the Swans to keep the leaders well clear at the top of the table. Here’s what I learned from City’s latest thrashing.

For the first time in a while, I don’t think anybody is doubting who the man of the match was for Manchester City. David Silva was sublime, scoring two goals that any poacher would be proud of, but it was also encouraging to see his namesake Bernardo Silva putting in his best shift in a City shirt.

The Portuguese international gave Swansea a torrid evening, getting the assist for the opening goal with a fantastic looping cross, and looked for the first time like the player who drove Monaco to a league title last season.

Until tonight, Sergio Aguero hadn’t scored from open play since the 2-4 away win over Napoli on the first day of November. Fortunately, he looked back to his very best against the Swans, and finally got his reward five minutes from time with a driving run from deep that saw him skip around the whole defence and drill in past Fabianski.

It was a fantastic solo effort from Aguero, and Guardiola will be hoping that gives him the confidence to get back on the scoresheet with some more regularity.

Wilfried Bony has hit his stride in recent weeks, with two goals in his last two Premier League games, and was optimistic coming into this match. He played relatively well, causing problems for City’s defence, but was ultimately bullied by Eliaquim Mangala, who outstrengthed the Ivorian for much of the night.

Even though Bony was unable to make an impact against his former employers, it’s clear that he’ll be crucial to any survival hopes Swansea may have this season.

Back to Business for City

It’s been a while since Manchester City kept a clean sheet in the Premier League, with Southampton, West Ham and Huddersfield all scoring past them in recent months. But against Swansea, the bluntest side in the league so far this season, City’s weakened defence stood firm and rarely looked like conceding.

Danilo, Otamendi, Mangala and Delph (arguably none of whom get into City’s best team) were fantastic both with and without the ball. The one time they were beaten- from a wicked deflection on a long-range shot- Ederson was there to make a quite stunning save.

Fifteen Premier League wins in a row. No losses in the first seventeen games. Forty-nine points from fifty-one. Manchester City have made the best start to a top-flight season in English football history and don’t look like slowing down. On paper, it looks like the best hope of stopping them this side of Christmas will come on Saturday afternoon when Tottenham visit the Etihad.

Pochettinho’s side are up to fourth place this season after a 2-0 win over Brighton and will be looking to continue their improving form into the ultimate test: facing Guardiola’s latest masterpiece.