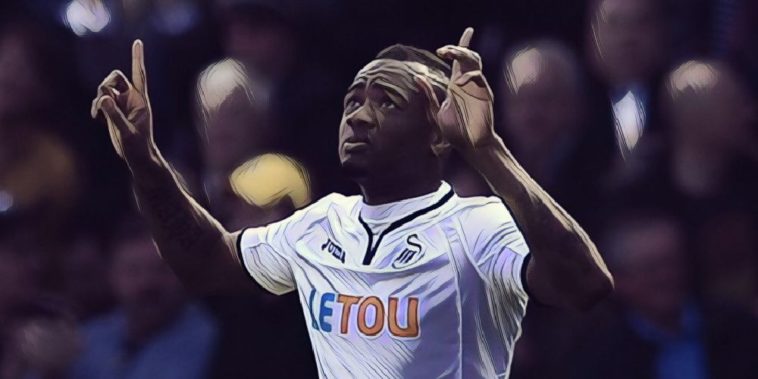 Not a game for the football purists as Swansea came back from a goal down to earn a well needed point against a lacklustre Everton at the Liberty stadium.

A Kyle Naughton own goal gave Everton the lead in the first half before Jordan Ayew levered in the second to ensure the points were shared. Here are five things we learned.

Swans steering away from the drop

When Carlos Carvalhal was appointed manager, Swansea found themselves bottom of the table and were five points adrift. The appointment of the Portuguese manager raised a few eyebrows as he had just been sacked from Championship club Sheffield Wednesday after what had been a disappointing season with the Owls.

Carvalhal has so far had the last laugh however, as he is currently steering his Swansea side away from the relegation zone. After winning eight of his 19 games in charge, the Swans currently find themselves in 17th position, five points clear from the drop zone. With the poor form of Southampton, their closest threat, its looking like another year of Premier League football could be on the cards for Swansea.

Swansea will now be hoping this is a more long-term appointment as Carvalhal is now their fifth manager in the last two years. However, with Paul Clement, the man Carvalhal replaced, making a similar impact when he was first appointed, Swansea will be hopeful Carlos’s second season will be more successful.

After the poor display in the Merseyside derby, many Everton fans turned on Allardyce once again. Unfortunately, the performance against Swansea clearly showed he wasn’t paying too much attention as another defensive performance was utilised in this game.

There were numerous times Everton fans showed their distain to Allardyce, the away end booed at half time, booed the decision to bring on Funes Mori for Bolasie and also sang “f*** off Sam Allardyce” while the match was being played.

Allardyce was coming up against a relegation threatened Swansea meaning many fans expected the Blues to have more of a go. However, Allardyce’s insistence to play defensively, including playing Walcott and Bolasie as second full-backs, is a particular annoyance as it leaves Tosun isolated and gives the Toffees nothing in attack.

After this game there have once again been refreshed calls for Allardyce to go, with many fans now fed up with the style of football that is being played.

Swansea will feel hard done by

It was clear out of the two teams which one’s season was over, as Swansea were certainly the team on top in this game, taking advantage of Everton’s decision to sit deep and soak up the pressure.

The Swans had 17 shots in the game with seven of them being on target, this also included two goal line clearances by Baines and Tosun from an Ayew shot and a Fernandez header. To make matters worse Everton’s opener was a comical own goal as an attempted clearance inadvertently hit Kyle Naughton and trickled over the line, something that was confirmed by the goal decision system.

Despite Swansea’s failure to get the win, it looks like this point will help them towards safety due to Southampton’s awful form, as mentioned earlier.

As of late Everton have been a team Swansea have enjoyed playing against as it has been a game where they have managed to pick up some points.

In the last eight meetings between the two teams Swansea have lost just once. The exception being the game at Goodison where Everton came out on top as 3-1 winners. Out of the other seven games Swansea have won two and drawn five.

Yesterday’s result also means that Swansea are unbeaten against Everton in their last four games at the Liberty stadium (won one and drawn three). It’s runs like this Swansea will be looking to if they find themselves in a similar position next season.

A couple of seasons ago the main Ayew in town was Jordan’s brother, Andre. Jordan Ayew was not offering much for the Welsh side and was seemingly struggling for goal scoring form after he was signed from relegated Aston Villa.

This season however he has been a completely different player and has begun to step up after Fernando Llorente’s departure to Tottenham. His goal against Everton earned Swansea a massive point and was his seventh of the season, three of these goals coming in his last four games at the Liberty Stadium.

This form has meant he has now equalled his best ever goal tally in the Premier League from 2015/16 and the Swans may have a lot to thank him for come the end of the season if they are to stay up.