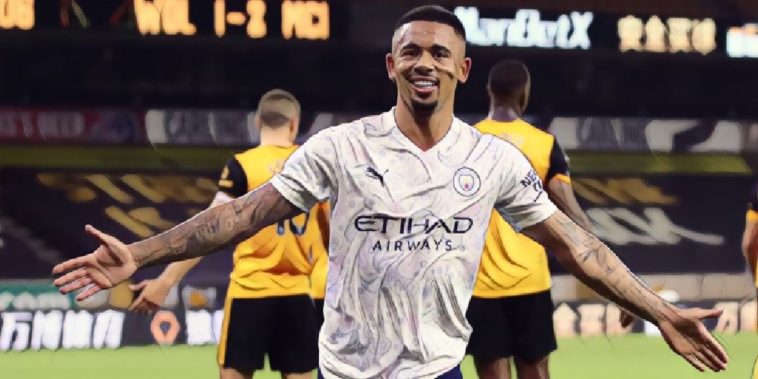 Gabriel Jesus recently continued a fine record when scoring twice in Manchester City’s 4-1 win over Wolves last week, the forward having remarkably never lost a Premier League fixture in which he has found the net.

It’s an incredible statistic for the Brazil international who joins a long list of players to have been good luck charms for their respective sides, here are the five players with the longest unbeaten runs for a single club when scoring:

The Ivorian won seven major trophies including both the Premier League and Champions League, whilst also developed a happy habit of finding himself on the winning side when scoring.

Kalou scored 36 league goals across 32 games – including a hat-trick in a 7-0 thumping of Stoke – and never found himself on the losing side, winning 29 of those fixtures in a trophy-laden period at Chelsea.

Cesc Fabregas established himself as one of the Premier League’s best midfielders after breaking into the Arsenal side as a teenager, becoming the Gunners’ youngest-ever debutant and goalscorer.

Fabregas spent seven seasons as a first-team regular and was appointed club captain before his departure to Barcelona, a period which saw the Spain international go unbeaten in the 32 games in which he scored.

Fabregas netted 35 league goals across 212 appearances for the north London side, later returning to the Premier League with Chelsea and winning two league titles during his time at Stamford Bridge.

Manchester United broke their transfer-record to sign Dwight Yorke from Aston Villa in 1998, a signing which would help the Red Devils reestablish their dominance in the Premier League amid an emerging threat from Arsenal.

Yorke’s debut campaign saw him named as the Premier League’s Player of the Season after winning the division’s Golden Boot, the forward forming a telepathic understanding with Andy Cole and inspiring the club to a historic Premier League, FA Cup and Champions League treble.

The Trinidad and Tobago international spent four seasons at Old Trafford and scored 48 league goals, never finishing on the losing side in any fixture in which he netted.

Gabriel Jesus’ double against Wolves last week extended his record to 39 scoring games without defeat, the forward having enjoyed huge success since signing for Manchester City from Palmeiras in 2017.

Jesus formed part of the side that won a record 100 points under Pep Guardiola in 2017/18, before retaining the Premier League title the following season as part of English football’s first-ever domestic treble.

The 24-year-old has spent much of his time at the Etihad as understudy to Sergio Aguero but has compiled an impressive goalscoring record, netting 47 league goals in just 69 starts for the club.

Jesus’ goal against Wolves saw him level the all-time landmark for a single club, one which he now jointly holds alongside another former Manchester City forward in Carlos Tevez.

Tevez had starred in the Premier League for West Ham and Manchester United before making the controversial transfer from the latter to the Etihad, where he helped an emerging City become one of England’s dominant sides.

The Argentine formed part of the side that won a first major trophy in 35 years with FA Cup success in 2011, before winning the Premier League in dramatic fashion the following campaign as a new era of success was ushered in.

Tevez enjoyed the most prolific spell of his Premier League career at City and never lost a league fixture in which he scored, a sequence that stretched to 39 games.