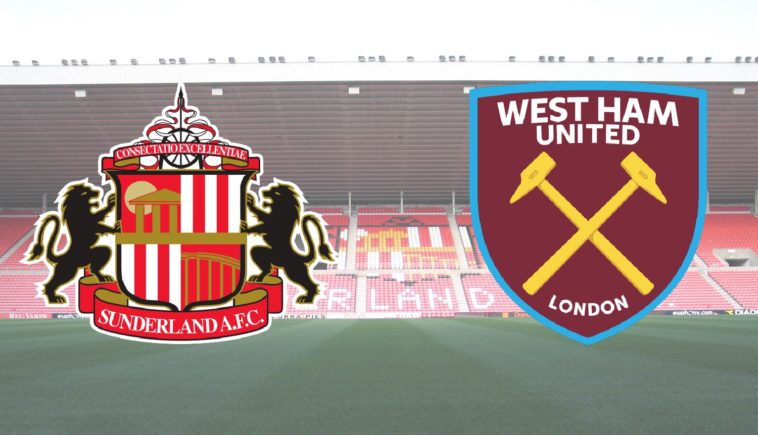 Sunderland go into this fixture without a goal in seven matches. The Hammers however, are going into the game at the Stadium of Light off the back of a 1-0 victory against Swansea.

In his pre-match conference, David Moyes,p said “I cannot for the life of me understand how that was a red card”. The Scotsman went on to say that Larsson “will be a big miss and we’ll miss his commitment and 100% effort”.

However, some fans may disagree with Moyes’ statement and argue he’s not good enough for the top flight. Moyes also revealed that left back Bryan Oviedo will be out for a month with a hamstring injury; this means Spaniard Javier Manquillo may start at left back.

John O’Shea will again be available after spending time with his family in Ireland after the death of his father, Jim.

Steven Pienaar will be fit enough to start after being on the bench last week, he will probably be there again on Saturday. Adnan Januzaj is again available after missing out against his parent club, Manchester United, last week.

Michail Antonio will be missing out due to a hamstring injury, whilst centre half Winston Reid is out with a thigh problem. Pedro Obiang is set to miss out with an ankle injury and Italian Angelo Ogbonna is out with a knee injury.

Mark Noble is also unavailable for the visitors after receiving a two game ban for accumulating 10 yellow cards.

Former Newcastle striker Andy Carroll is hoping to start after coming back from injury, fellow frontman Diafra Sakho is also hoping to get a start, but will face a fitness test. Left back Aaron Cresswell should be fit, as should English right back Sam Byram, despite an ankle injury scare against Swansea.

Jermain Defoe will face his former club, the England hitman is on a goal drought and will hope to end it against his former employers.

Earlier this season, West Ham scraped a late 1-0 win in the 95th minute thanks to a Winston Reid strike at the London Stadium.

Last season, Dick Advocaat resigned after a 2-2 home draw with Slaven Bilic’s men. The Wearsiders took a 2-0 advantage thanks to Jeremain Lens and Steven Fletcher. Lens then went on to pick up a second yellow just before the hour allowing West Ham to come back level thanks to Carl Jenkinson in first half injury time and then Dimitri Payet capitalising off Costel Pantilimon’s error.

Sunderland’s last victory over the Hammers away was back in 2011 on the final game of the season, Sunderland triumphed 3-0 at Upton Park with goals from Stephane Sessegnon, Bolo Zenden and Christian Riveros. Back in 2008 the Mackems came back from 1-0 down to win 2-1 at the Stadium of Light with a very late injury time volley from Andy Reid.