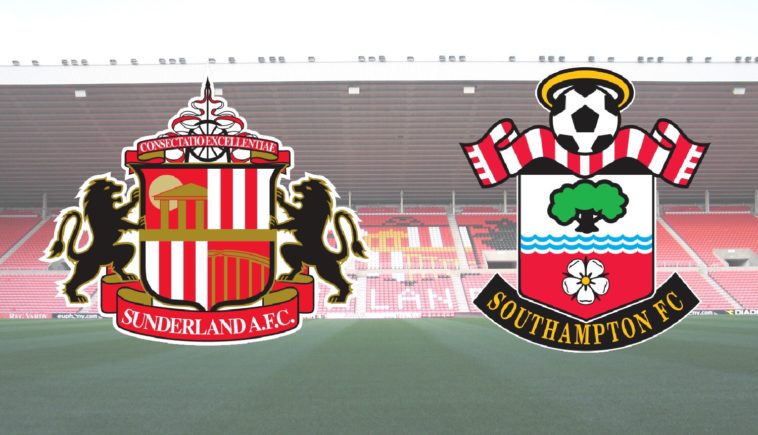 Sunderland host Southampton at the Stadium of Light with the Wearsiders going into the game off the back of a 4-0 victory away to Crystal Palace, meanwhile Claude Puel’s Saints are coming off the back of a 3-0 demolition of our relegation rivals Leicester.

Sunderland will still be without defensive midfielder Lee Cattermole as well as central midfielder Jack Rodwell; Rodwell has recently improved and won over most Sunderland fans with his tackle on Moussa Dembele against Spurs. Not only that, Rodwell has formed a solid central midfield with Didier Ndong, thus leading to Rodwell eventually winning a game when starting but he won’t be involved v Southampton due to an injury he suffered away to Palace.

“Rodwell will be out for the next few weeks” said David Moyes in his pre-match conference. The Scotsman also confirmed goalkeeper Jordan Pickford is back in training but will still not be fully fit for a couple of weeks.

Despite Rodwell’s injury woes we will see Adnan Januzaj and John O’Shea fit for selection despite injury concerns against Palace. Victor Anichebe is definitely out for a lot more than a few weeks after he sustained a hamstring injury away to West Brom in January. German midfielder Jan Kirchhoff is on the road to recovery and is in light training but we are unlikely to see him for a few more weeks yet. With midfield injuries we could see a full debut for January recruit Darron Gibson, which will be interesting to see his capabilities and whether he can match Rodwell’s recent performances. Centre half Papy Djilobodji will also be sidelined for 2 further games due to a suspension.

The visitors will be without centre half Virgil Van Dijk, as well as frontman Charlie Austin and creative winger Sofiane Boufal.

Hopefully, Moyes will stick to a winning formula by playing the 5-2-3 formation, the key is to start attacking and not let the Saints settle. Januzaj’s creativeness could prove the difference providing he puts the effort in.