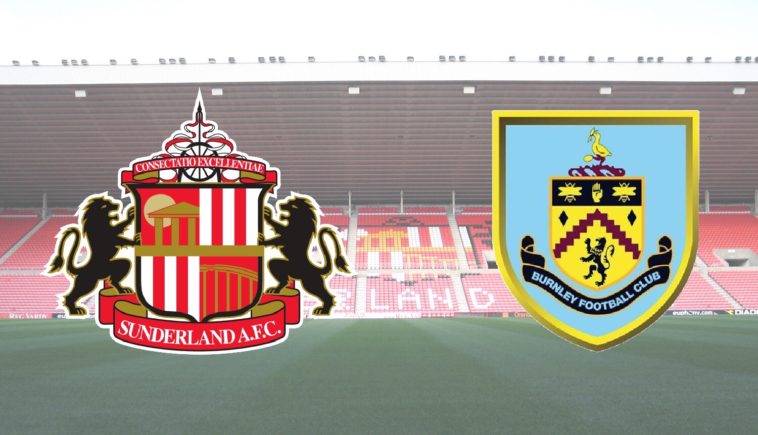 Sunderland go into this fixture on the back of a losing streak where as the visitors Burnley haven’t won on the road all season.

Defensive midfielder Jan Kirchhoff has suffered a set back of about 4 weeks. This will come as a major blow for Moyes who hasn’t an abundance of midfield options. South African midfielder Steven Pienaar is still unavailable due to injury.

However, more positive news emerged as striker Victor Anichebe is said to be on the road to recovery. Jason Denayer can return after beight ineligible to play in the game against Man City

For Burnley, club record signing Robbie Brady is unavailable for Sean Dyche. The Irishman is suspended afree picking up too many yellow cards. Dean Marney and Kevin Long are the only other injury concers for the Clarets. They are out with a cruciate ligament injury and knee injury respectively. Belgian central midfielder Steven Defour is unlikely to feature after being out with a hamstring strain, whilst Johann Berg Gudmundsson is still out with a medial ligament injury.

Burnley have won 2 out of 3 meetings this season. A Andre Gray hatrick on New Year’s Eve helped the Clarets to a 4-1 victory.

Sunderland then hosted Dyche’s side in the FA Cup 3rd round. An uneventful 0-0 bore draw forced a replay in Lancashire which saw a slightly changed Burnley demolish a heavily changed Sunderland 2-0.

A couple of years ago Sunderland ran out 2-0 winners at the Stadium of Light thanks to Jermain Defoe’s first goals for the Wearsiders. Burnley were later relegated that season.

The most famous meeting between the two sides was back in 2006/07. Sunderland dramatically clinched automatic promotion from the Championship with a 3-2 home win over Burnley.

Roy Keane’s Sunderland scored in near enough the last minute from Carlos Edwards’ absolute wonder strike from outside the area.

Sunderland are slight favourites for the game at 8/5 whilst a Burnley win is priced at 2/1. The draw available at 23/10.

Jermain Defoe and Andre Gray are both 21/20 to score at any time.

In a game with a lot on the line for both sides, it will be an incepredibly tight affair. But with Jermain Defoe receiving the confidence of an England recall this week, the home side could just gain a well needed three points. Sunderland 2-1 Burnley