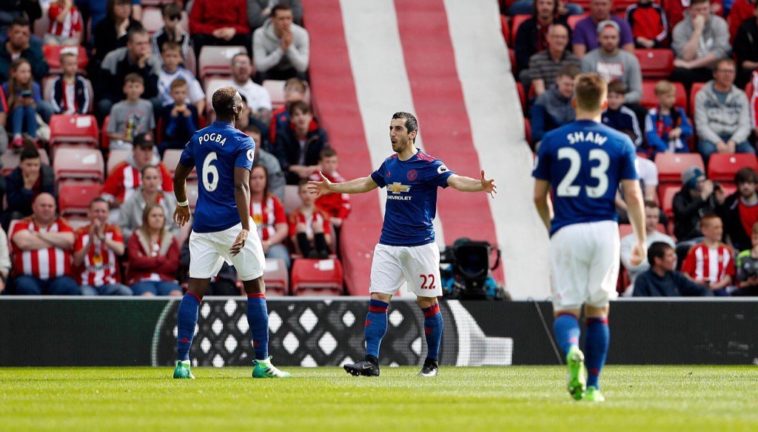 Sunderland continued their slide towards the Championship as they slumped to a 3-0 defeat at the Stadium of Light against the leagues draw specialists Manchester United.

The game was simple for Manchester United who were able to defeat 10 man Sunderland at ease, unlike most of their recent fixtures at Old Trafford.

Here are five things we learnt on a sunny afternoon at the Stadium of Light:

Luke Shaw has been the talk of Old Trafford for the last week since Jose Mourinho dug the left back out for criticism. Shaw had an encouraging substitute appearance against Everton on Tuesday night but Mourinho’s comments after that game sparked yet more discussion.

Jose Mourinho handed Luke Shaw a rare start against Sunderland on Sunday afternoon. It felt like the last chance saloon for the left back.

His manager wanted to see more maturity and desire in his game and Shaw certainly delivered in this game. A constant threat going forward and caused Sunderland all sorts of problems with his surging runs forward.

Luke Shaw also put in a mature defensive performance and rarely broke sweat when having to defend. The youngster certainly proved to Jose Mourinho why he should be the first choice left back at Old Trafford.

Sunderland are going down with a whimper

Usually sides that are going down go down with a fight. Not this Sunderland team.

The atmosphere at the stadium was flat and that was epitomised by the Sunderland team. There was no pressure put on the Manchester United players who had all the time they wanted on the ball. Sunderland simply rolled over as did David Moyes who looked totally beaten slumped in his chair during the game. Sunderland have given up all hope.

Zlatan leads by example yet again

The talismanic striker may not have worn the captains arm band today but he was Manchester United’s leader on all fronts. The Swede opened the scoring for United brilliantly with a majestic solo goal. Ibrahimovic’s hold up play and movement was too much for Sunderland all game.

The entire United team looked to Ibrahimovic throughout the game for inspiration. Ibrahimovic even grabbed an assist for Marcus Rashford’s first league goal since September with a brilliant pass to play the youngster through. Oh where oh where would United be without Zlatan?

Sunderland will struggle in the Championship next season

An owner who wants to sell and doesn’t want to invest in the club. A squad that is stale and simply not good enough.

There is no way Sunderland will succeed in the Championship if nothing changes at the club, in fact they will be in big trouble.

Watching the Sunderland team, it seems as if hardly any of them want to be there, and more to the point they don’t have the quality. These factors combined with the inevitable lack of investment in the squad point to a difficult season in the Championship for Sunderland next season.

Manchester United’s away support is undoubtedly the best around

Every game United play away from home they are followed by legions of hard core fans. The away support for the team is bouncing in every fixture, regardless of the score and often out sing the home support of the stadium they are visiting.

Against Sunderland the away fans did not stop singing with those at the game and watching on TV treated to the full Manchester United songbook of chants. The away support truly is amazing and against Sunderland it was all that could be heard, for sure this support drove the United  players forward in this game.