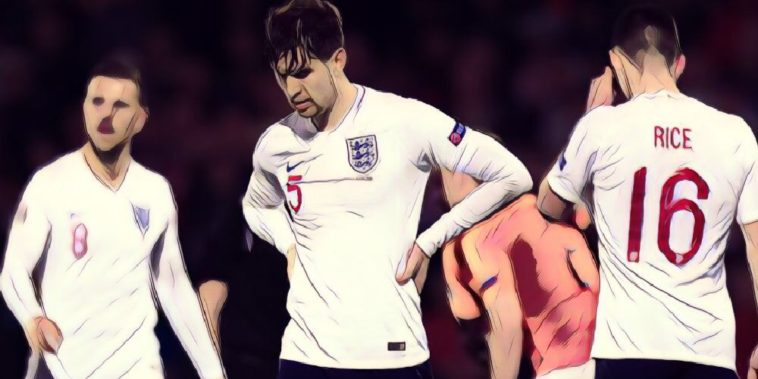 Manchester City’s John Stones has revealed he has had a summer of reflection as he bids to rediscover his form for club and country.

Stones was part of the England squad which competed in this summer’s Nations League finals, with the defender’s costly mistake allowing the Netherlands to take the lead in the Three Lions’ semi-final defeat last month.

The 25-year-old admits the error was a ‘difficult time’, but says he is ready to ‘put things right’ as he bids to improve next season.

“I love England and playing for England and it was a difficult time. It was a mistake,” Stones told the Independent.

“There were other mistakes in that game that weren’t highlighted as much but that was the pivotal moment I suppose.

“I took some time away in my holidays and reflected. I’ve come back this season fighting for my chance to play again and put that right, and I’m sure I will because I’ve got that strong mindset of putting things right and being honest when you’ve done something wrong.

“I held my hands up and I told all my team-mates and the staff there what I’d done wrong, and that we’d move on from that.

“I’ve moved on from that and I’ll try to correct that with my performances in the future.”

Stones also lost his place in the Manchester City team towards the end of last season, starting just one of the club’s final 10 fixtures, including being named on the bench for both legs of City’s Champions League exit to Tottenham and their FA Cup final success over Watford.

The defender admits his lack of game-time was ‘frustrating’, but says he is ready to continue fighting for his place next season.

“I think the last two months were frustrating but any player not playing is frustrated.

“I had the mindset to keep fighting for my place and then it’s down to the manager to choose his side. You have to respect that.

“I wanted to come on and try to affect any game that I could when I came on, however many minutes I got.

“It’s about the team and not about John Stones or whoever’s playing. That’s why we won four trophies last season.

“It shows the strength of the squad and the selflessness of the squad in that respect. That’s why we were so successful.”