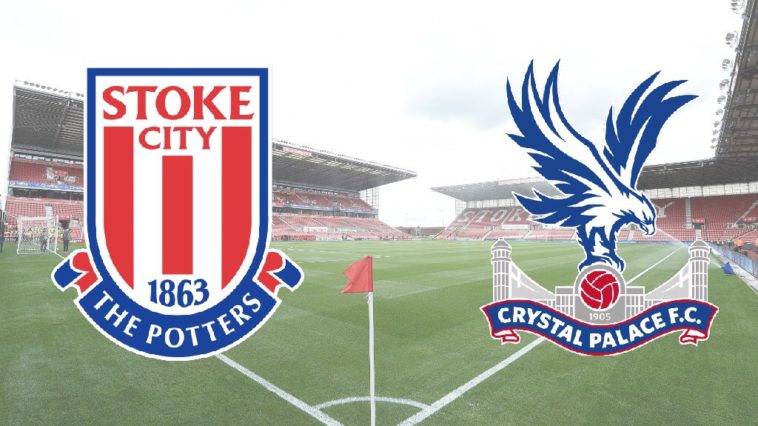 Stoke City host Crystal Palace at the bet365 stadium on Saturday. Here is our Match Preview.

When these two teams met back in September, Crystal Palace stormed to a 4-1 victory at Selhurst Park. In truth they tore Stoke to pieces that day, who couldn’t cope with the quality of Palace in the wide areas. They made Andros Townsend look like a Ballon d’Or contender. Combined with Stokes inability defend set pieces, it was a torrid afternoon for the Potters.

That victory left Alan Pardew with his sights set on taking Palace to the lofty heights of the top six, whist many Stoke fans were left calling for Mark Hughes’ head. Stoke were left languishing bottom of league with no win in the opening 5 Premier League games.

Now into February the tables have completely turned, Stoke with only one league defeat to their name in 2017, they will be continue their good run to keep them on course for a top ten finish.

Crystal Palace meanwhile are fighting for their lives in the relegation places, not helped by their abysmal performance against Sunderland.

Stoke will be looking to bounce back from their poor performance against West Brom last weekend where they struggled to create many chances of note.

Saido Berahino will be hoping to make his first Stoke City start after two substitute appearances so far. Stokes lack of cutting edge meant it took him 21 minutes to get his first touch of the ball against West Brom, Stoke simply can’t afford to leave it that long again this weekend if they want to take all 3 points.

Crystal Palace were left dejected by that defeat by Sunderland last weekend. That victory was Sunderland’s first victory in 8 games, and their first win on the road since the start of November. Crystal Palace’s record has been atrocious in recent months. Since the 4-1 over Stoke back in September, they have won just four games out of a possible 23.

With Allardyce now at the helm, many thought that would be the start of an upturn for Palace but that hasn’t yet materialised, managing only one win so far for the new manager. A lack of clean sheets is of course a serious problem. Especially for a team in the precarious position the Eagles find themselves in.

Stoke City have no fresh injury concerns, and could well be boosted by the return of full back Glen Johnson (knee), who missed the games against West Brom and Everton. Ramadan Sobhi returns from his exploits in the AFCON with Egypt. Stoke however will still be without the trio of Xherdan Shaqiri (Calf strain) Jon Walters (knee) and Geoff Cameron (knee). Shaqiri should be available for the trip to Tottenham. The other two players are still few weeks away from returning to the first team picture whilst the only long term absentees remain Jack Butland (ankle) and Stephen Ireland (leg)

Crystal Palace new boys Mamadou Sakho and Luka Milivojevic could make their first appearances since their deadline day moves. Sakho missed out on a place in the squad against Sunderland due to lack of match fitness, whilst Milivojevic has only just sorted the issues surrounding his visa.

Jeffery Schlupp could make a return to the squad following his minor knock he sustained in the FA Cup defeat to Manchester City. Scott Dann is a major doubt for the game, with Yohan Cabaye (ankle) is also struggling to be fit for this crucial clash at the Bet365. Crystal Palace are still without Long-term absentees Connor Wickham, Jonathon Benteke and Pape Souare.

Stokes recent record against the Eagles is horrendous. The Potters haven’t beaten Crystal Palace in their last 7 meetings, with six defeats and a draw. Crystal Palace won this fixture last year 1-2, with Connor Wickham and Lee Chung-Yong goals grabbing them a 2-1 victory. Of course Palace will be hoping to replicate this result again.

Stoke went for a 4-2-3-1 system against West Brom. The system Mark Hughes has used for the majority of his Stoke career. However the lack of a real number 10 to play in behind the front man is an issue.

Mark Hughes has also gone with 3 at the back a number of times with mixed success. Playing a 3-4-1-2 would allow the potters to pair Berahino and Peter Crouch in the same starting line-up, which for now at least seems the most likely. Peter Crouch is playing some of the best football in his stoke career, at the ripe old age of 36 he is playing at a level which makes him an almost certainty to start.

Palace went with a 3-4-3 against Sunderland. Big Sam may want to give the same XI a chance to redeem themselves and really prove their worth. There may be changes in the defence if Sakho is deemed fit, whilst midfielder Luka Milivojevic could make his first appearance. I feel Allardyce may go for the tried and tested though, with the bet 365 a very tough place to go
Stoke City XI: Grant; Johnson, Shawcross, Martins-Indi; Diouf, Adam, Whelan, Pieters; Allen; Berahino, Crouch

This game is huge for both teams. Stoke need a win to keep on course for a 4th consecutive top ten finish. Crystal Palace on the other hand desperately need three points to kick start their faltering survival campaign. They can look at their recent record against Stoke and try and take a much needed confidence boost from it before the trip north for Saturdays game.

The Bet 365 stadium isn’t quite the fortress it has been in previous years but it is still one of the toughest away fixtures for any club. This coupled with Crystal Palace’s dreadful form and lack of confidence I can only see a victory for the potters.

This piece was written by our Guest writer Joshua Scoins, who you can follow on twitter @Josh_Scoins

Please leave a comment with your match predictions and predicted lineups.