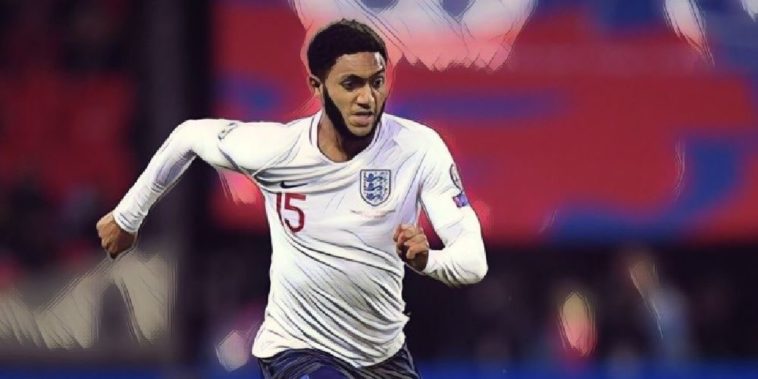 Raheem Sterling has moved to condemn the England fans who booed Joe Gomez during England’s 7-0 Euro 2020 qualifying win over Montenegro on Thursday night.

England secured qualification for next summer’s European championships with a thumping win at Wembley, Harry Kane hitting a hat-trick in what was the country’s 1000th international fixture.

The win was marred, however, by a section of the home crowd bizarrely appearing to boo Liverpool defender Gomez as he entered the field as a second half substitute, following his clash with Manchester City‘s Sterling earlier this week.

Sterling was dropped for the clash with Montenegro following his angry confrontation of Gomez on Monday, as tensions spilled over following the huge meeting between their respective club sides in the Premier League last weekend.

The dispute has since been settled and Sterling will return for Sunday’s fixture with Kosovo, and the 24-year-old has moved to criticise the England fans who greeted Gomez’s appearance with jeers, admitting the defender ‘hasn’t done anything wrong’.

“To all the England fans… It was hard for me to see my team-mate get booed for something that was my fault,” Sterling wrote on his twitter account.

“Joe hasn’t done anything wrong and for me to see someone who keeps his head down and works hard… especially after a difficult week for him, to be booed when he came on tonight was wrong. I’ve taken full responsibility and accepted the consequence. I felt as though I had to say this.”