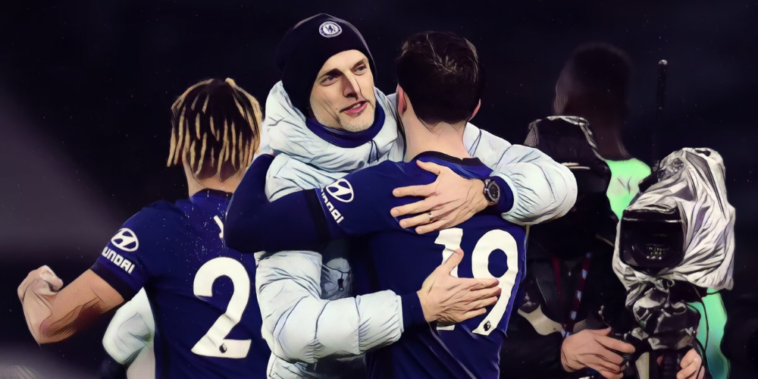 It’s another London derby this weekend as Tottenham Hotspur host Chelsea on Sunday, with the visitors still yet to taste defeat so far this season.

Here’s all you need to know about that clash at the Tottenham Hotspur stadium:

Tottenham’s early-season winning run came to an end at the weekend, as they suffered a 3-0 defeat at the hands of Crystal Palace at Selhurst Park, having previously won their opening three games of the Premier League campaign.

While their task was made much harder by the dismissal of young defender Japhet Tanganga for two bookable offences, Nuno Espirito Santo’s had largely been outplayed by their hosts even prior to that sending off, with Wilfried Zaha causing havoc for the Spurs‘ backline.

The Palace man got the goal his performance deserved with a penalty late on before a brace from debutant Odsonne Edouard added further gloss to the scoreline.

One notable absence from that defeat was Heung-min Son, with the Korean forward currently sidelined with a calf injury picked up on international duty, while Eric Dier was forced off early on against Patrick Vieira’s side with a dead leg.

Both men remain doubts for the weekend clash having missed Thursday night’s trip to France to take on Rennes in the inaugural edition of the Europa Conference League, the game seeing Spurs secure a point late on courtesy of a Pierre-Emile Hojberg strike.

There's a stroke of luck with the deflected cross, but it's a composed finish from the Dane! ⚽#UECL pic.twitter.com/JOjjDk03YE

That 2-2 draw saw the South American trio of Giovani Lo Celso, Christian Romero and Davinson Sanchez once again not involved as they continue to quarantine in Croatia following their controversial international involvement, although all three could well be in contention to feature against the Blues.

Chelsea’s imperious form continued this week as they overcame a spirited Aston Villa side at Stamford Bridge on Saturday, before edging past Zenit St.Petersburg in the Champions League in midweek.

The Blues were not at their best against Dean Smith’s side – with debutant Saul Niguez, in particular, enduring a tough introduction to the Premier League – yet once again under Thomas Tuchel they found a way to win, with Romelu Lukaku netting a lethal brace in the eventual 3-0 triumph.

The Belgian ace has unsurprisingly made a strong start to life back in west London and looks set to be the difference-maker for his side this season, as he proved with what turned out to be the winning goal on Wednesday night against the Russian side.

That triumph for the Champions League holders ensured their unbeaten run in all competitions this season continues, while they’ve also now recorded four clean sheets in just six games this season, having let in only two goals thus far, one of which came in the UEFA Super Cup win over Villarreal.

Such statistics have become the norm for the Blues since Tuchel’s arrival just over six months ago, the German having built a team that looks almost impenetrable at the back, while the addition of Lukaku has now added that extra sprinkling of firepower in attack.

As for this weekend, N’Golo Kante could well return after suffering from an ankle injury in recent weeks, although Christian Pulisic is likely to be absent due to his own ankle injury picked up on international duty. Full-back Reece James is available again after serving his one-game suspension.

The two sides played out a 2-2 draw in pre-season as part of the Mind Series, yet their last competitive meeting came back in February, with Chelsea securing the first away win of Thomas Tuchel’s reign.

Up against then-manager Jose Mourinho, Tuchel’s men took the lead early on at the Tottenham Hotspur Stadium, Italy midfielder Jorginho converting from the penalty spot after a needless foul from Eric Dier inside the area.

The hosts – who were without the injured Harry Kane – struggled to fashion any major openings against their London rivals for much of the game, albeit with Erik Lamela and Lucas Moura both squandering chances to secure what would have been an undeserved point late on.

That result saw Spurs suffer a third successive defeat and slip to eighth in the table, with their opponents moving ahead of them into sixth in the race for Champions League football.

What channel is Spurs v Chelsea on?