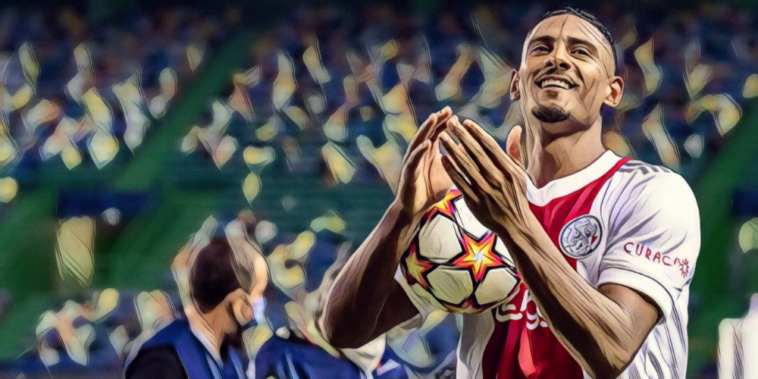 Our Champions League awards honour the best – and worst – of the competition’s action with matchday one having proven one to savour.

Jack Grealish became the first £100m player in English football history this summer, a huge price-tag for a player whose performances had shown he was ready to step up to the next level.

The decision to leave boyhood side Aston Villa for Manchester City was not one without difficulty, but a move to the Etihad provided Grealish with a chance to showcase his talent on the highest stage – the Champions League.

It took less than an hour for the 26-year-old to prove he belongs amongst Europe’s elite, first creating the opening goal of the game against Leipzig as Nathan Ake powered home his in-swinging delivery.

Grealish then had the moment he had waited for just before the hour, ghosting inside from the left channel before bending a sublime finish beyond the goalkeeper.

West Ham fans will have no doubt been rubbing their eyes in disbelief after watching Sebastien Haller’s debut in the Champions League this week, the former Hammers’ forward rewriting history in the colours of Ajax.

Haller arrived at the London Stadium amid much fanfare after completing a club-record £45m move from Eintracht Frankfurt, but failed to live up to the hype in a disappointing period that consisted of just 10 goals in 48 Premier League appearances.

David Moyes cut his losses on the Ivorian during the January transfer window with Haller leaving for around half the figure West Ham invested, with Ajax’s gamble on the forward proving a spectacular success.

Haller has scored 21 goals in just 29 appearances in all competitions since his move to the Eredivisie, including an astonishing four-goal haul as Ajax began their Champions League campaign with a 5-1 thrashing of Sporting Lisbon.

Only two players in Champions League history have scored four goals on their UCL debut:

The 28-year-old became only the second player to score four goals on their first appearance in the competition, following in the footsteps of Marco van Basten with a scintillating showing in Portugal.

Haller provided the clinical touch as Ajax cut apart the hosts in ruthless fashion, netting his opener after just 68 seconds in a performance that will live long in the memory.

Borussia Dortmund’s business model has been built on handing opportunities to emerging talent, developing young players before selling them on for huge fees to Europe’s financial elite.

Make no mistake, it will not be long before offers arrive for the wonderfully gifted Jude Bellingham, with Premier League clubs no doubt sitting up and taking notice of the midfielder’s flourishing fortunes in the Bundesliga.

Bellingham was outstanding as Dortmund began their campaign by winning 2-1 at Besiktas, scoring once and providing another in a performance that belied his teenage years.

Nothing better than these nights!😆 pic.twitter.com/kdJQe5D11Z

The 18-year-old became the youngest player in history to score in successive Champions League fixtures, his understanding with Erling Haaland an exciting prospect for Dortmund this season.

England have a wealth of young talents making their mark on the biggest stage at present, but Bellingham is amongst the very brightest.

Liverpool and AC Milan have not met often despite their shared status amongst Europe’s elite, but clashes between the duo have proven memorable.

The third competitive meeting between the teams resulted in a cracker as Liverpool flew out of the blocks at Anfield, before Milan turned the game on its head with two quick-fire goals before the break.

The momentum shifted once more as Liverpool clawed their way back into the contest in the second half, with Mohamed Salah equalising before Jordan Henderson’s sweetly-struck winner.

Henderson has been far from a regular goalscorer during a decade at Liverpool, but he took his goal in fine fashion with a controlled finish across a bouncing ball from just outside the area.

Mention must go to Jack Grealish’s first goal in the Champions League for Manchester City, alongside a thumping effort from City teammate Joao Cancelo.

Nine goals, a hat-trick, some stunning strikes, a red card, and a comical own goal, Manchester City v RB Leipzig certainly proved worth the admission fee for those inside the Etihad.

Pep Guardiola’s side were seeking a positive result as they bid to go one better than last season’s run to the final, but were given a test against a Leipzig side who threw caution to the wind.

Leipzig have started the Bundesliga season poorly but – to their credit – opted for an expansive approach against the Premier League champions.

Having fallen two goals behind inside the opening half hour, it could have been easy for a Leipzig side lacking confidence to fold, but – inspired by Christopher Nkunku – the Germans kept coming forward even as Guardiola’s side exploited their defensive deficiencies.

The combination of City’s brilliance on the front-foot and Leipzig’s mixture of bravery and naivety resulted in a classic Champions League contest.

Anti-climax of the week

Lionel Messi’s move to Paris Saint-Germain was headline news during the summer, with the six-time Ballon d’Or winner joining Neymar and Kylian Mbappe in a tantalising attacking line-up in Paris.

Fans have had to be patient for their first glimpse of ‘MNM’ in action together, though the trio lined up for the first time as PSG travelled to Club Brugge for their group stage opener.

Messi hit the woodwork, but it was otherwise a disappointing evening for PSG who were far from their best, with the Belgian side having the better of the chances and claiming a deserved draw.

Mauricio Pochettino now has three league fixtures to blend his superstar strikeforce together, before Manchester City make the trip to the Parc des Princes in a mouthwatering matchday two clash.

In a round of fixtures not short of incident, Sevilla’s draw with Red Bull Salzburg could perhaps have flown under the radar to the casual fan.

FOUR penalties in the first half. #UCL is back ​​😅 pic.twitter.com/tF4NGUF45G

Salzburg were on the receiving end of three of those spot-kicks but twice missed from the spot, Karim Adeyemi spurning the first before Luka Sucic scored and missed penalties of his own.

Sevilla were then awarded a record-breaking fourth kick before half-time, which Ivan Rakitic converted to ensure the Spanish side secured a point.

Manchester United‘s start to the season has been shrouded in optimism and feel-good factor, the Red Devils the early Premier League leaders after welcoming a certain Cristiano Ronaldo back to Old Trafford.

The arrival of Ronaldo – alongside the signings of Raphael Varane and Jadon Sancho – have no doubt improved Ole Gunnar Solskjaer’s squad, but the cracks that remain were exposed during a disappointing defeat at Young Boys.

The Swiss side were not expected to pose much threat ahead of matchday one, but a combination of Aaron Wan-Bissaka’s recklessness, Jesse Lingard’s brain-fart, and Solskjaer’s baffling decisions contributed to the Red Devils leaving without a point.

Fingers have been pointed in the direction of Solskjaer and rightly so, from a questionable team selection to puzzling substitutions.

13% – Manchester United have lost seven of their 11 UEFA Champions League matches under Ole Gunnar Solskjær. 13% of their total defeats in the competition have come under Solskjær (7/54), despite the Norwegian only being in charge for 4.8% of their matches (11/231). Fall. pic.twitter.com/5e49OVY63B

The Norwegian brought on Raphael Varane for Donny van de Beek at half-time, with the switch to a back five formation leading to the visitors dropping deep and inviting pressure.

The later substitutions of Bruno Fernandes and Cristiano Ronaldo removed Young Boys’ fears of a counter further, gift-wrapping the invitation for the Swiss side to push forward with limited risk, with the Red Devils seemingly unable to string two passes together.

Young Boys eventually found their breakthrough in stoppage time to seal all three points, a result which continues Solskajer’s concerning record on the Champions League stage.

The Norwegian has now lost seven of his 11 fixtures in the competition with the Red Devils – a record that must improve if they are to have any hopes of progress.