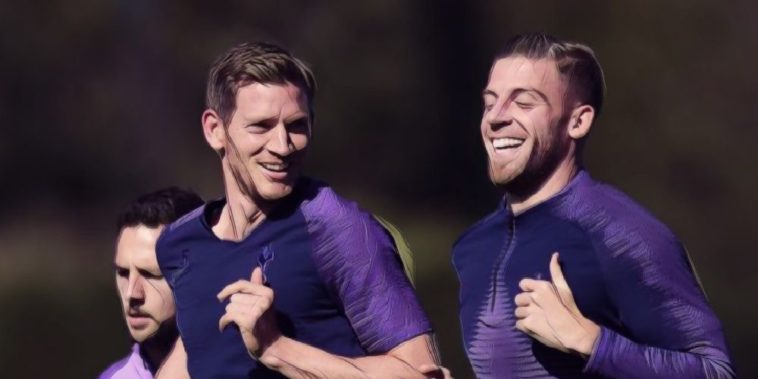 Jose Mourinho’s arrival as Tottenham manager has sparked fresh hopes that the club can secure the futures of out-of-contract stars Toby Alderweireld and Jan Vertonghen.

The Belgian internationals are in the final year of their contracts at the club and will be free to speak to foreign clubs regarding a pre-contract agreement in just over a month’s time, with Spurs keen to secure new deals for the pair in order to avoid the prospect of losing them for nothing next summer.

Talks had stalled over potential extensions in recent months, though Mourinho’s arrival has increased hopes that agreements with the defensive duo can be reached.

Alderweireld, in particular, is believed to now be more open to remaining at the club, Mourinho having long been a huge fan of the centre-back having previously expressed an interest in signing the 30-year-old during his time in charge at Manchester United.

Football.london claim that there is a ‘growing belief’ that Alderweireld will commit his future to the club, the former Atletico Madrid and Ajax star admitting this week that he feels ‘proud’ to be able to work under the Portuguese.

Toby Alderweireld on working under José Mourinho: "I am happy that I’m playing. I’m proud to work with a manager that has won it all. I am grateful that I can become a better player under him. I want to repay him for the faith he has shows in me." #thfc pic.twitter.com/snG5TPXkpW

Vertonghen has long indicated a desire to remain with Spurs, though was considering his future having fallen somewhat out-of-favour under Mauricio Pochettino in the opening months of the new campaign.

The length of Vertonghen’s extension is believed to be the major stumbling block in agreeing a new deal, Spurs rarely offering lengthy deals to players over the age of 30, the 32-year-old wanting greater security.

Vertonghen is one of the club’s longest-serving players and has made 294 appearances since joining from Ajax in 2012, with Sky Sports reporting the likes of Roma and Bayer Leverkusen are monitoring his situation.

Talks are yet to begin over new deals for the pair, but having both spoken to Mourinho over the past week it is hoped that agreements can now be reached

There was, however, less positive news on the future of Christian Eriksen. The Danish international is also out-of-contract at the end of the season, though there is an increasing expectancy that the 27-year-old’s future is away from the club.

Having indicated his desire for a new challenge the midfielder was linked with the likes of Manchester United and Real Madrid during the summer, and Spurs are now likely to face the decision of whether to sell the player in January or allow him to leave on a free transfer at the end of the season.