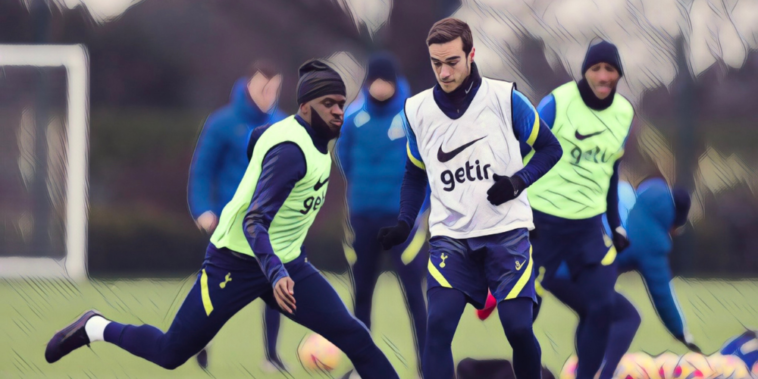 Tottenham have been left frustrated at the club’s inability to shift unwanted players as Antonio Conte looks to reduce his bloated squad.

Harry Winks, Tanguy Ndombele, Sergio Reguilon and Giovani Lo Celso have all been deemed surplus to requirements in north London but, despite offers from clubs in England and Europe, Spurs have been unable to offload the quartet.

The four players are not training with Spurs’ first-team at present with Conte wanting to work only with the players that feature in his plans moving forward.

The Mail are reporting that Spurs have received offers for the four players, but a deals have stalled following a hesitancy from the quartet in agreeing exits.

Lo Celso and Ndombele each spent time out on loan last season at Villarreal and Lyon respectively, while Reguilon is free to leave following the arrival of Ivan Perisic this summer.

Winks was named as a reported transfer target for Everton, though the Toffees have instead turned towards Amadou Onana and Idrissa Gueye.

The 26-year-old made just nine league starts last season and the signing of Yves Bissouma has further blocked his path to regular minutes at Spurs. There is understood to be interest in Winks from from clubs in England and Europe, while there is also Premier League interest in Ndombele.