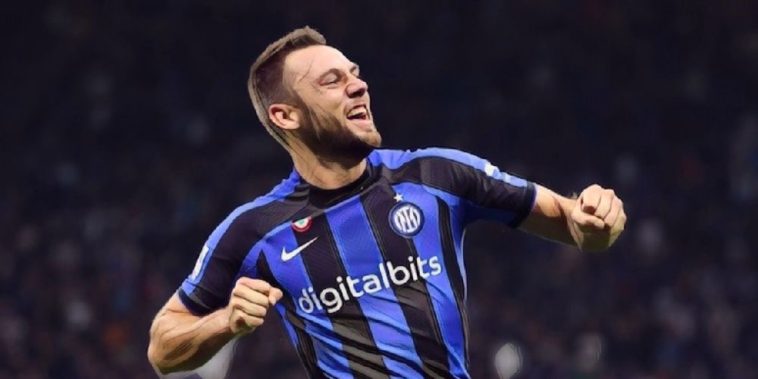 Tottenham are reportedly one of the clubs interested in signing Inter Milan’s Stefan de Vrij on a free transfer next summer.

The Netherlands international is out of contract in six months time, with the Italian side having offered the 30-year-old a new deal, but on lesser terms.

According to Dutch outlet Voetbal International, Spurs are one of a number of sides who are interested in signing the defender on a free, with Antonio Conte having worked with him during his time in charge at the San Siro.

Spurs are seemingly in need of defensive reinforcements, their 2-2 draw with Brentford the ninth consecutive game in all competitions that the North Londoners have conceded the first goal.

The report says that Atletico Madrid and Feyenoord are also interested in the centre-back, who formed part of the Netherland’s World Cup squad in Qatar, but didn’t feature for a single minute as the Oranje reached the Quarter-final stage, and De Vrij’s agent believes his client will make a decision in the coming months.

“There will be no shortage of offers. Given his age and his thoughtful nature, all aspects are important. February, March is a good time to make certain choices. We are absolutely not thinking about leaving in January,” said Federico Pastorello.

“He can play at all European top clubs with his great experience and his great tactical baggage. He is an extremely intelligent boy and you can see that on the field. He can play anywhere. But he is concerned with more aspects than just the contract.

“It will probably be his last big commitment. With an expiring contract you can decide for yourself whether you go for a new experience in a new country in a new league.”

De Vrij has made 181 appearances for Inter Milan, winning the Scudetto under Conte in the 2020/21 campaign.