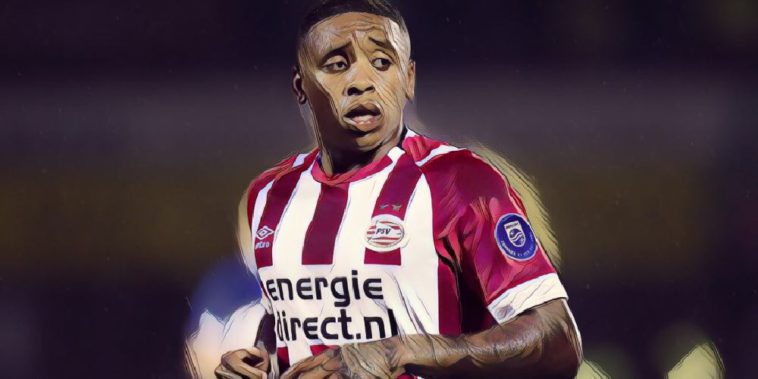 Tottenham are said to be closing in on a deal for PSV Eindhoven’s Steven Bergwijn, as Christian Eriksen lands in Milan ahead of his move to Inter.

Jose Mourinho has been seeking reinforcements for his squad this month, with PSV revealing that Spurs had made an approach for Bergwijn as the north London side look to bolster their attacking options.

The Netherlands international was left out of the Dutch side’s squad for their draw with FC Twente on Sunday, as the two club’s continue to negotiate a deal that could cost in the region of £30m.

Bergwijn has emerged as one of the most promising young talents in the Eredivisie in recent seasons and plays primarily as a winger, though the 22-year-old has also been utilised as a centre-forward at times this season and has won three league titles with the club.

According to the Mirror, Spurs are now closing in on the deal ahead of the transfer deadline later this week, with the Dutchman taking to social media to clarify his future after reports emerged that he had refused to play in yesterday’s draw with Twente.

“I’m a boy from the club, PSV is in my heart,” Bergwijn said on Instagram. “I actually called trainer Ernest [Faber] this morning, that things are going on. And he just gave me permission. We spoke well, he wished me success.

“Everything went nicely according to plan and I think it’s a shame that I am being brought out like a rat, a snake. Because that is not the case at all.”

Bergwijn’s arrival will be a welcome boost for Mourinho as Christian Eriksen nears his exit from the Tottenham Hotspur Stadium, the Danish international having landed in Milan to finalise terms over a move to Inter in the coming days.

The 27-year-old’s contract was set to expire at the end of the season, with the midfielder informing the club of his desire for a new challenge after six-and-a-half seasons in the Premier League.

Inter are now set to secure his services after a fee in the region of €20m was agreed between the two clubs, Eriksen joining Manchester United‘s Ashley Young and Chelsea‘s Victor Moses as new arrivals at the San Siro this month.