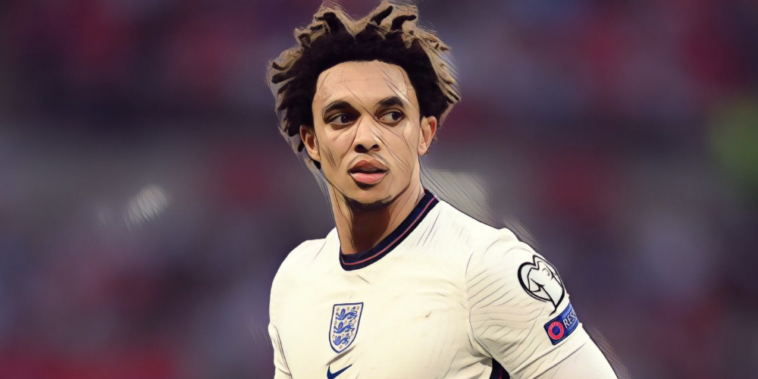 Gareth Southgate has reflected on his decision to try Trent Alexander-Arnold in an unfamiliar midfield position during England’s 4-0 win over Andorra.

Alexander-Arnold was named as part of the Three Lions’ midfield for the World Cup qualifier at Wembley, though failed to impose himself on the game across the opening 45 minutes before reverting to a more familiar position at right-back after the break.

Southgate admits the Liverpool defender looked more comfortable following the switch to full-back, though says England were keen to test Alexander-Arnold in a more advanced role given his ‘outstanding quality’ in possession.

“We wanted to see something and we felt this was a good game to look at it,” he told his post match press conference. “Clearly in the second half he has been in more of those positions where he felt more comfortable.

“Even though a lot of the time it was the same positions he was in in the first half but just he’s coming onto things, he looked happier in that position. That was clear so I think his play with the ball exhibited that happiness. We know he has outstanding quality with the ball and of course he finds himself in those positions with Liverpool.

England next travel to face Poland on Wednesday evening, with the latter 7-1 winners against San Marino during Sunday’s fixtures.