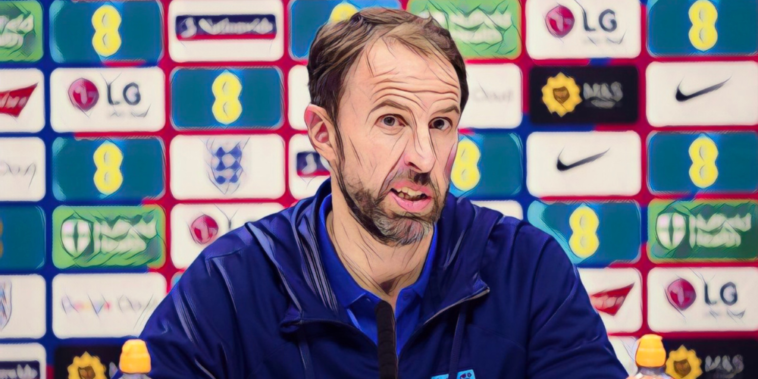 Gareth Southgate insists he is ‘realistic’ on his future with England following the Three Lions’ winless run and concedes he will be judged on results at the World Cup.

England have faltered during preparations for this winter’s World Cup in Qatar and have gone five games without a win for the first time since 2014.

Southgate’s side have failed to score from open play during that run and were relegated to the second tier of the Nations League after a 1-0 loss in Italy on Friday evening.

England next face Germany on Monday night and ahead of the clash Southgate admitted his position was on the line at the World Cup in November.

“I am not foolish,” he said, as per the BBC. “I know ultimately I will be judged on what happens at that World Cup.

“Contracts are irrelevant in football because managers can have three, four, five-year contracts and if results aren’t good enough then you accept that’s time to part ways. Why would I be any different? I’m not arrogant enough to think that having a contract should protect me in any way from results.”

England were booed by sections of the away supporters following the defeat to Italy last week, having also faced jeers during the 4-0 loss to Hungary in June.

Southgate admits the mood has changed around his side following their run to the final of Euro 2020 last summer, but insists he remains happy to be ‘judged’ on their results in Qatar.

“Of course we understand how the mood changes with the results, and it has changed,” the 52-year-old, who has been in charge since 2016, said.

“I am realistic about that. I’ll be judged on what’s delivered in Qatar and I am perfectly happy to be judged in that way.

Read – Erling Haaland: The goal-scoring freak who is subverting the norms and stretching our belief