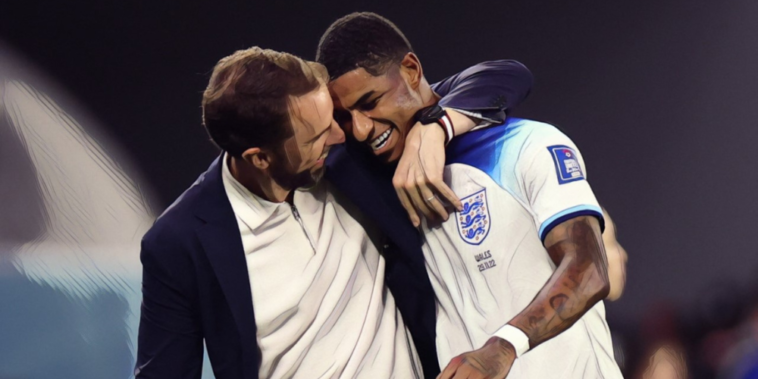 Gareth Southgate says he is pleased with the ‘competition for places’ in his squad after Marcus Rashford and Phil Foden impressed in England’s 3-0 win over Wales.

England progressed to the World Cup last 16 as group winners after an impressive second-half performance, with Rashford scoring twice on his first start in the tournament.

The Manchester United forward opened the scoring with a thunderous free-kick, before sealing the win with England’s third goal after Foden – who did not feature during the goalless draw against the USA – had turned in Harry Kane’s cross to double the lead.

Southgate was delighted with the impact of the duo and praised the competition for places in forward areas.

“We had complete control of the game in the first half but didn’t create enough clear chances,” he said at his post-match press conference. “We were a little bit out of balance and we thought we could reverse Marcus and Phil’s sides. Players make those decisions work.

“Watching lots of games the big players have stepped up. And our forwards didn’t do that in the first half but in the second half they really did.

“You need goals from all areas. It is a problem for opposition if the threat is coming from other areas of the pitch. It is competition for places and people have to deliver.”

Rashford is now the joint-leading scorer at the World Cup with three goals, with the 25-year-old having returned to form after a disappointing period for club and country.

Southgate said there has been a notable difference in Rashford’s ‘happiness’ and performances since he struggled to make an impact at Euro 2020.

“You can see with his club there have been happiness in his performances. We have a different version completely to the player we had in the Euros last summer.”