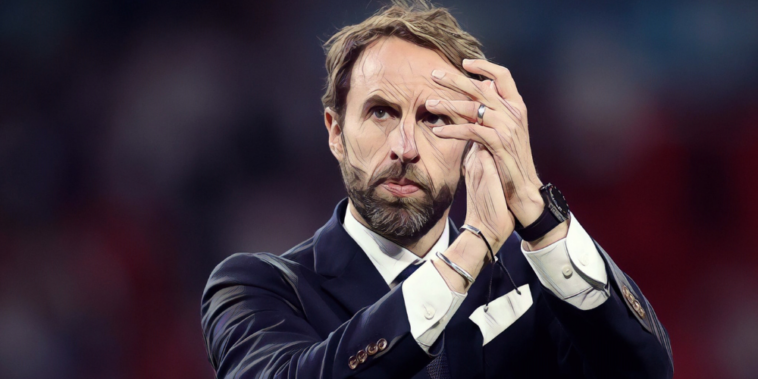 Gareth Southgate has named his England squad for the Three Lions UEFA Nations League fixtures with Hungary, Germany and Italy next month.

There are first inclusions for West Ham winger Jarrod Bowen and Leicester full-back James Justin, whilst Fikayo Tomori also returns to the fold after his role in AC Milan’s Serie A title success.

Bowen had expected to be included after an excellent season for the Hammers, with the 25-year-old having scored 12 goals and provided 10 assists for West Ham in the Premier League this season.

Harry Kane will captain the side and will hope to move closer to Wayne Rooney’s all-time record for the national side, having moved level with Bobby Charlton on 49 international goals last time out.

However, there is no place for Liverpool captain Jordan Henderson, whilst James Maddison is also not included despite a strong end to the season with Leicester.

England face Hungary on June 4, before clashes with Germany (June 7) and Italy (June 11). The Three Lions will rematch the Hungarians in the fourth fixture of the campaign on June 14 at Wembley.

Read Also – Legends: Seven players to win the Golden Boot and finish with the most assists in a PL season