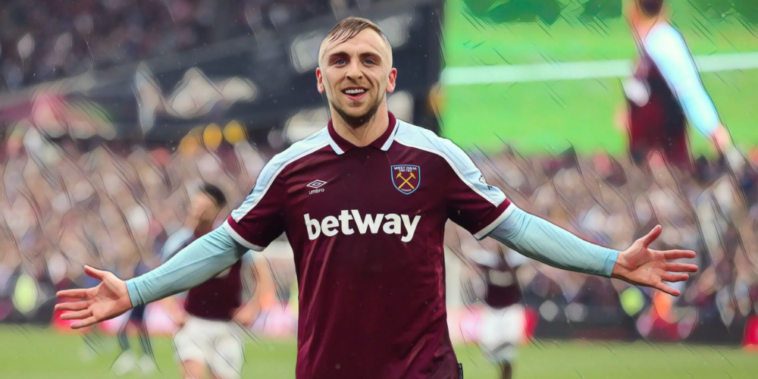 Gareth Southgate says Jarrod Bowen ‘thoroughly’ deserves inclusion in the England squad after the West Ham winger was named in the Three Lions squad for the UEFA Nations League fixtures next month.

Bowen has received his maiden call-up to the national side after a superb season at West Ham, with the 25-year-old having scored 12 goals and provided 10 assists for the Hammers.

Bowen’s inclusion marks a remarkable rise for the winger, who has climbed from non-league level to international football, and Southgate says he has earned his place given his performances this season.

“Consistently strong performances. We were certainly thinking about involving him in March before he got injured,” Southgate said at his press conference to reveal the squad.

“He is a goal threat and he is direct. His journey is really interesting in terms of the experiences he has had.

“It’s a reminder you don’t have to be at an elite academy and come through that pathway. Coming through the lower divisions is also a great route he worked incredibly hard for the team. He has thoroughly deserved his call up.”

Leicester full-back James Justin is also a first-time inclusion ahead of fixtures with Hungary, Germany and Italy next month.

Read – Legends: Seven players to win the Golden Boot and finish with the most assists in a PL season